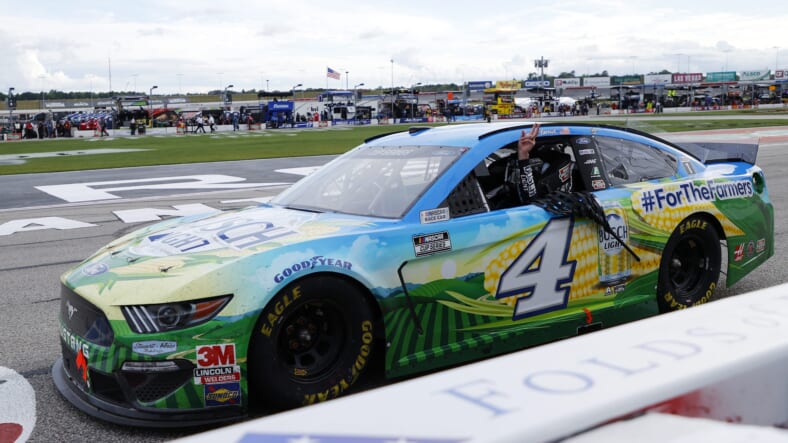 The NASCAR Cup Series heads Atlanta Motor Speedway on Sunday for the Folds of Honor QuikTrip 500. Sunday’s race is one of the longest events of the season: 325 laps and 500 miles. Tire ware will be key, as Atlanta’s old surface wears tires down significantly after just a few laps. Here are three drivers to watch:

Atlanta Motor Speedway has always been one of Kevin Harvick’s best tracks. His first career victory came there in 2001 and he’s won two of the last four events at the track. Harvick’s finished in the top-10 in half of his races at Atlanta (15 of 30), and he has an average finish of 15.8.

Through five races this season, Harvick’s primarily ran up front with four top-5s but has yet to secure a checkered flag. Expect Harvick to contend on Sunday.

Similarly to Harvick, Brad Keselowski has won two of the last four Cup Series events at Atlanta. He’s finished in the top-10 in 8 of 12 races at the track with an average finish of 14.6. Keselowski hasn’t finished outside of the top-10 at Atlanta since the 2014 fall race.

Keselowski has already picked up three top-5s this season, including a fourth place effort last weekend in Phoenix. He has yet to win this season, so expect Keselowski to be there at the end.

Through five races, Matt DiBenedetto has had a lot of trouble putting things together in 2021. After three races finishing 28th or worse to start the season, DiBenedetto has picked up a pair of top-20s to advance into the top-30 of the standings.

Atlanta has by no means been DiBenedetto’s best track over his career, as he’s failed to place better than 25th in five races. However, with pressure mounting on him, expect DiBenedetto to finally piece together a good run and get back into points contention.