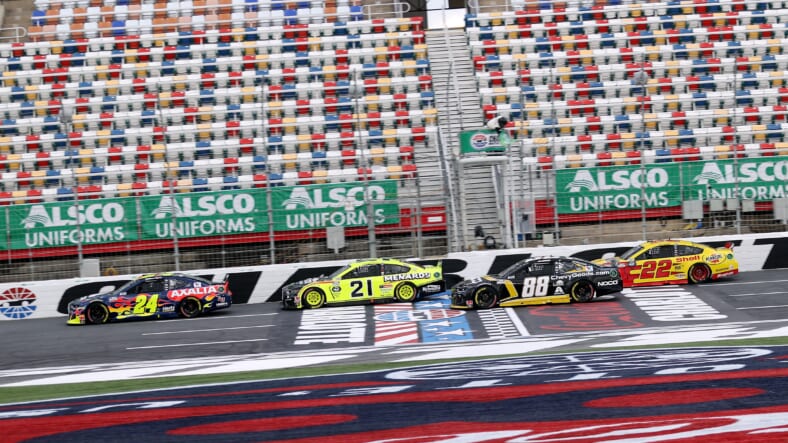 Eight events on the 2021 NASCAR Cup Series docket will feature practice and qualifying, including the season-opening Daytona 500.

NASCAR confirmed on Friday that at least eight events at the Cup Series level will feature practice and qualifying.

These pre-race activities were previously eliminated last season to consolidate race weekends into a single-day after NASCAR became the first American sports league to make its return to action amidst the ongoing health crisis. Only one race since the return, the 600-mile event at Charlotte Motor Speedway on Memorial Day weekend, held qualifying to determine its race’s starting lineup, opting for mathematical formulas, random draws, or reversing the order of the top 20 in the previous race in all other cases.

The venues to hold practice and qualifying are mostly tracks that are new to the Cup Series circuit this year, including Circuit of the Americas (scheduled for May 23), Nashville Superspeedway (June 20), Road America (July 4), and Indianapolis Motor Speedway’s road course (August 15). Last season saw one new track added to the circuit without practice or qualifying, the road course at Daytona in August. The race was held without a major incident, with future Cup Series champion Chase Elliott taking home the win.

Practice and qualifying will also be held at high-profile events like the season-opening Daytona 500 (February 14), the Coca-Cola 600 at Charlotte (May 30), and the championship finale at Phoenix Raceway (November 7). There will also be pre-race stagings at the spring event at Bristol Motor Speedway (March 28) which will be run on dirt for the first time.

Several drivers noted their comfort with the lack of qualifying and practice during the season, either through its practicality or convenience.

“Weâ€™ve been so good with it the rest of the season that itâ€™s become the new normal, and Iâ€™m cool with that. Iâ€™m just ready to go,” Brad Keselowski, one of the final four drivers up for the 2020 Cup Series title, said in November. “It feels so old school to me.Â Â It feels like when we just started racing and you would just show up at your local short track Saturday at lunchtime and there would be a race at 5:00 or 7:00 at night or heat race and then a feature race and that was it, and then you loaded up and you were home by 1:00 or 2:00 in the morning. Itâ€™s so much like that now.”

“I love everything that weâ€™re doing right now,” Kevin Harvick added in August after a win at Michigan. “The shorter schedules, I think it mixes it up. I think it makes it exciting.”

Times and dates will these qualifying/practice sessions will be announced further down the line, as will the plans for any pre-race activities for NASCAR Xfinity Series and Camping World Truck Series events.