Who should the UFC pair with Khamzat Chimaev? 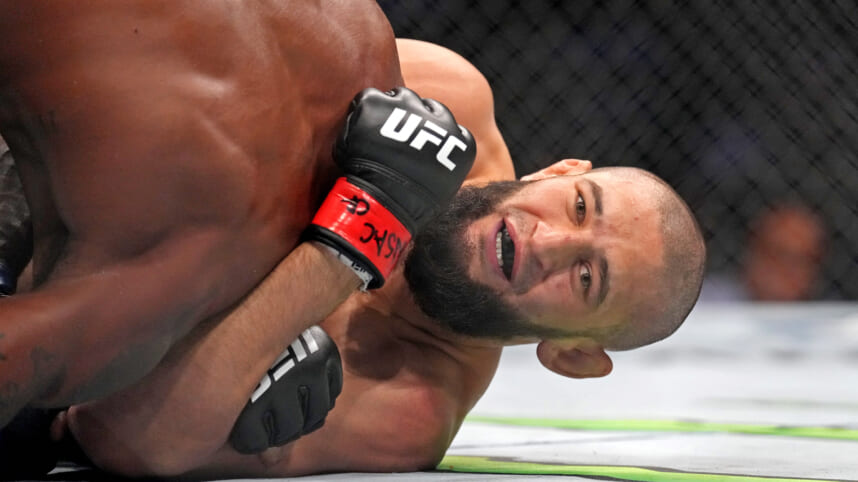 One of the best fighters in the UFC is moving up weight classes. Khamzat Chimaev (12-0) appears to be moving up to 185 pounds for his next fight after a disastrous weight issue caused him to be bumped from the UFC 279 headliner against Nate Diaz.

Dana White said after the fight that he would like to see Chimaev move up to middleweight. Two of Chimaev’s fights inside the octagon have come at 185 pounds. He has always said that he wanted to become the welterweight and middleweight champion.

However, welterweight has always been a struggle for Chimaev in terms of his weight cut. Chimaev is massive for welterweight and really struggles to get down to 170. Now, it appears that he won’t have to do that at least for the time being.

Over the weekend, Chimaev took to Twitter and seemingly indicated that he was moving to the middleweight division. Now, this hasn’t been confirmed by the UFC, but it was the expected move. Now that it appears to be a reality, what’s next?

Who should the UFC book him with?

One thing that you have to know is that the Chimaev hype train hasn’t been derailed in the eyes of the UFC after his weight issues. They are still hyper-focused on the dominance he’s shown inside the octagon and that should give us clues on who he will fight.

I’m expecting him to go right to the top of the middleweight division. Now, there is a personal beef between Chimaev and Paulo Costa. Costa is a former title challenger and he’s currently ranked sixth in the world. I could see the UFC looking to pull that fight together.

However, I think they might aim even higher than that. If they want to fast-track Chimaev to a title shot and if they really want to show fans just how good he is, they’ll book him against Robert Whittaker.

Bobby Knuckles is by far the best middleweight in the world not named Israel Adesanya. Whittaker has lost twice to Izzy, but he’s unbeaten at 185 outside of that. The former UFC champion is sensational and he would give Chimaev the toughest test of his career.

If they book that fight, one of two things is going to happen. Chimaev wins and his stock goes through the roof as he steps in line for a middleweight title shot. Whittaker wins and just shows the world that if anyone deserves another crack at middleweight gold, it’s him.

Right now, I think Whittaker and Costa are the two favorites for the fight.