What’s next for Walt Harris after UFC 254 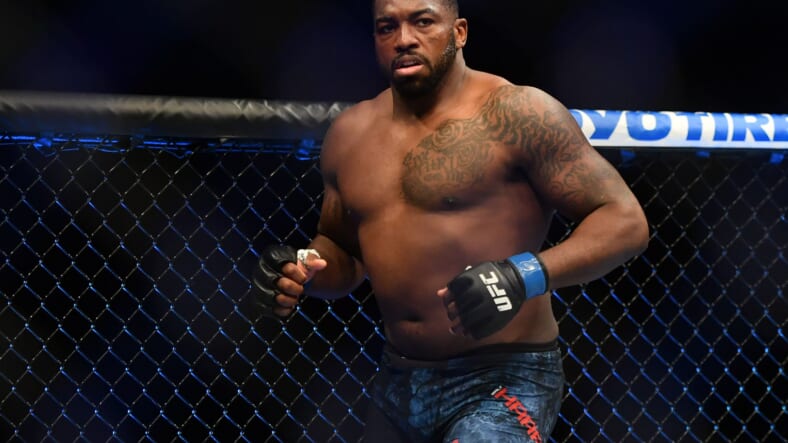 It was a rough night at the office for The Big Ticket this past Saturday. At UFC 254, Walt Harris (13-9, 1 NC) took on Alexander Volkov (32-8) on the PPV main card. Harris was looking to bounce back after his loss to Alistair Overeem back in May.

2019 was a breakout year for the fighting career of Walt Harris. The Big Ticket scored two first round knockouts which put him inside the top ten. However, tragedy would strike the Harris family as their daughter Aniah was murdered just about a year ago.

Harris took some time away to recover emotionally from the tragedy. Following this, he made his courageous return to the UFC back in May where he fought Overeem. Harris stormed out of the gate and dropped Overeem in the opening round.

Harris appeared to be seconds away from scoring his third straight first round knockouts. However, Overeem survived the onslaught from Harris. Harris emptied the tanks trying to finish Overeem in the first, and looked exhausted in the second.

Overeem took advantage and was able to get the win. On Saturday at UFC 254, Harris just could never get going against Volkov. The extremely long Russian kept Harris out of range all night. Eventually a big body kick from Volkov led to a TKO victory.

What’s next for Harris after UFC 254?

One can only imagine what the last 12 months have been like for Walt Harris. 2020 has not been ideal when it comes to his UFC career given the results. However, I will say that I was encouraged by the attitude and mental state of Harris leading up to UFC 254.

He seemed that he had his confidence back. He claimed that the believed when he was at his best, he was the best heavyweight striker in the UFC. Obviously, Harris didn’t perform at his best on Saturday night, but don’t count him out yet.

In terms of what’s next for Harris after the victory, I think a good next matchup would be one with Blagoy Ivanov (18-4, 1 NC). Ivanov is about as tough as they come, but he’s also on a two fight losing streak inside the UFC.

Both men will still be ranked inside the top 15 once the new rankings come out this week. They are in similar positions right now, so I believe it would be a good idea to pair these two up against each other.