What’s next for Shane Burgos after UFC 262? 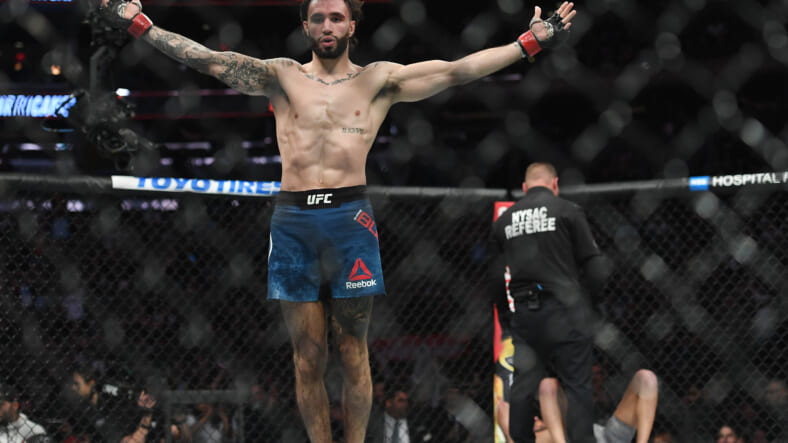 This past Saturday at UFC 262, the PPV opener was a fight that everyone was waiting on. Featherweight contenders Shane Burgos (13-3) and Edson Barboza (22-9) were set to fight in a fight that had fight of the night written all over it.

Edson Barboza was making his third appearance in the UFC‘s featherweight division. The dynamic striker has restarted his career at 145 after spending years in the lightweight division.

Shane Burgos was trying to stop Barboza from winning his second straight. Since making his debut with the UFC, Shane Burgos has been one of the more exciting fighters in the featherweight division.

He’s incredibly slick on the feet and he possesses a ton of power. His only two career losses heading into UFC 262 were against Calvin Kattar and Josh Emmett. Outside of those two, Burgos had been perfect inside the octagon.

The UFC 262 opened fast and furious. Barboza went right to work with leg kicks and Burgos moved forward with pressure and shots to the body. Through the first two rounds, both men traded massive shots.

Entering the final round at UFC 262, I thought it was tied. With the fight up for grabs, the two men touched gloves to start the round. Barboza ended up landing a massive right hand on Burgos. Initially, Burgos took the shot well. However, his body started to feel it seconds later and he fell back for a delayed TKO loss.

It was quite the scary scene at UFC 262. In all my years of watching fights, I’ve never seen a delayed reaction like that before. We’ve seen delayed body shot reactions similar to that, but I’ve never seen a shot like that cause that kind of reaction.

Burgos was checked out by the medical staff and was taken to the hospital as a precaution. Fortunately, Shane Burgos is fine and will be resuming his UFC career as anyone else would after suffering a loss like that.

Burgos is on a losing streak for the first time in his career. Granted, his two-fight losing streak is against elite competition. In the new UFC rankings, Burgos clocked in at 13th. With that ranking, what should the UFC do with him next?

I actually like the idea of pairing Burgos up against Sodiq Yusuff (11-2). Yusuff just suffered his first UFC loss and he’s ranked 11th. Whoever would win that potential matchup would be right back in the mix to challenge someone in the top ten.