What’s next for Li Jingliang after tough loss at UFC 279? 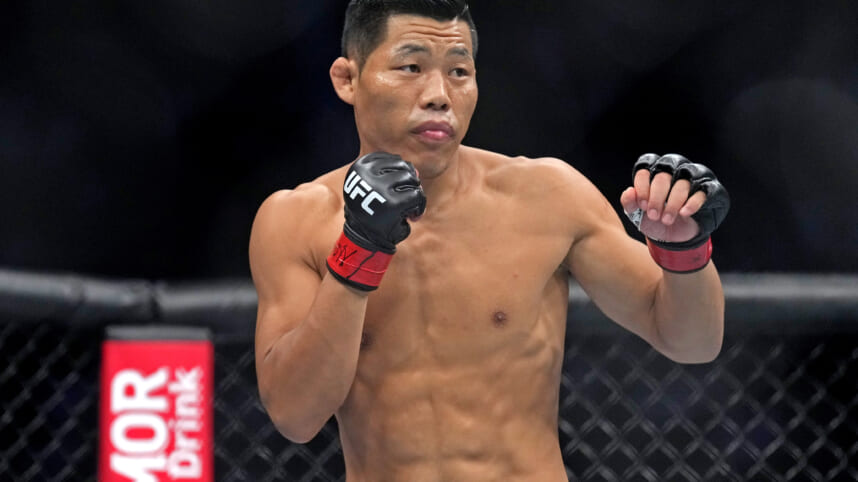 This past Saturday on the main card of UFC 279, we saw a welterweight matchup between two guys battling for a spot in the rankings. Li Jingliang (19-8) was putting his ranking on the line when he took on “D-Rod” Daniel Rodriguez (17-2).

Originally, Rodriguez was set to take on Kevin Holland at a catchweight of 180 pounds. Li Jingliang was set to take on Tony Ferguson in the co-main event at welterweight. However, due to a serious of events caused by Khamzat Chimaev, the entire card shifted around.

The UFC approached Li and asked if he would fight Rodriguez. Everyone else who got shifted in the card fought someone at their same weight. However, the promotion was asking Li to take on someone who weighed in ten pounds heavier than he was. Being the gangster that he is, Li accepted the fight.

Throughout the three round affair, both men had their moments. Li did a good job of tying together his combinations while Rodriguez was really effective with his jab. After three rounds, they went to the cards. The majority of folks including Dana White believed that Li won the fight. However, two of the three judges gave the fight to Rodriguez.

The one person everyone should feel for after last weekend is Li Jingliang. On UFC Embedded, you could see Li getting fit for a custom suit for the pre-fight press conference. He had worked diligently on his English so he could answer questions at the presser.

Well, the press conference got cancelled, his co-main event spot got taken away, then he had to fight a lesser-known opponent lower in the card. To top it off, he was the victim of a very questionable split decision loss. Overall, just a really tough weekend at UFC 279 for “The Leech”.

Despite the tough weekend, he did gain a lot of good gracious with the promotion. I can assure you that they will take care of Li and I’m assuming he’s going to get a good fight in his next one. So, who should the UFC pair him against?

I think he should get someone near the back end of the rankings or just outside. Opponents that jump out to me are guys like Michael Chiesa. Two other options the UFC has for Li are rematches. Those two fights being a rematch with Neil Magny or a rematch with Jake Matthews.