What’s next for Jamahal Hill after knockout win at UFC Vegas 59? 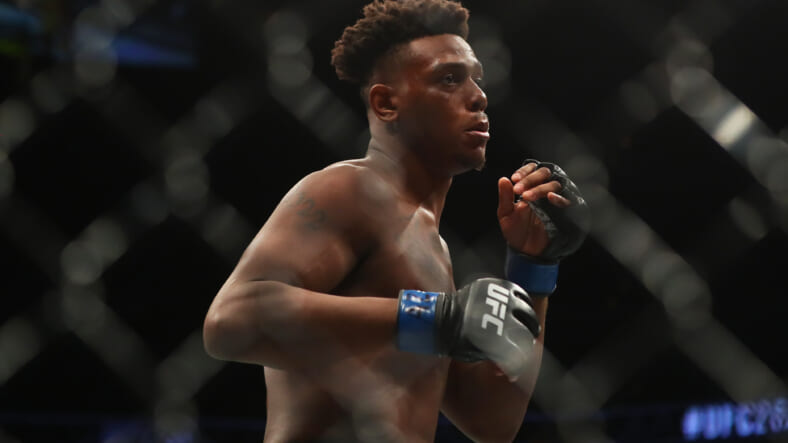 This past Saturday in the main event of UFC Vegas 59, we saw a big time matchup in the light heavyweight division. Former title challenger Thiago Santos (22-11) was taking on surging knockout artist Jamahal Hill (11-1, 1 NC).

Hill was looking for the biggest win of his career as he was taking a big step up in competition in taking on the former title challenger. Santos on the other hand was trying to re-establish himself as one of the best in the world after a recent rough stretch has seen him go 1-4 in his last five.

In the first round, the game plan for both men revealed itself. Hill was looking to land bombs while Santos was going to use his striking to setup takedowns. Nothing major happened in the first round at UFC Vegas 59, but things got wild in the second round.

Both men engaged in wild exchanges and Santos was hurt badly by Hill. Hill failed to capitalize as he was swinging incredibly wildly. I think if he would have stayed technical in the exchanged, he could’ve gotten Santos out in the second round. However, the fight went on.

In between rounds, Santos’ corner chewed him out for getting into a brawl. He took that advice to heart and really leaned on his wrestling in the third round. Santos easily won the round and had momentum heading into the fourth. However, the fourth is where the fight would end.

Again, Hill and Santos started exchanged in wild exchanges. Hill once again hurt Santos badly, but this time he sent him down to the canvas. Hill followed up with big shots and the UFC Vegas 59 headliner was called off and it was another TKO win for Sweet Dreams.

After the fight had ended, Jamahal Hill took to the microphone and said he wanted a shot at UFC light heavyweight champion Jiri Prochazka. While it would be a fun matchup, let’s be completely honest, a win over Thiago Santos is not going to cut it in terms of getting a title shot.

In reality, Hill is going to need another win or two before he’ll get that shot. With that in mind, who should he be paired up with next? Well, Hill also said that he would take a fight against former UFC champ Jan Blachowicz and that honestly could be a next step for him.

If Jiri Prochazka and Glover Teixeira have their rematch, Blachowicz will need a fight. Hill would be a great opponent. If that fight doesn’t work out for Hill, I think a matchup against the winner of Nikita Krylov – Volkan Oezdemir could be a possibility.

Top competition is what Hill needs to face off against, and I think he will moving forward. I think in 2023, Sweet Dreams might be getting a shot at UFC gold.