What’s next for Daniel Rodriguez after close win at UFC 279? 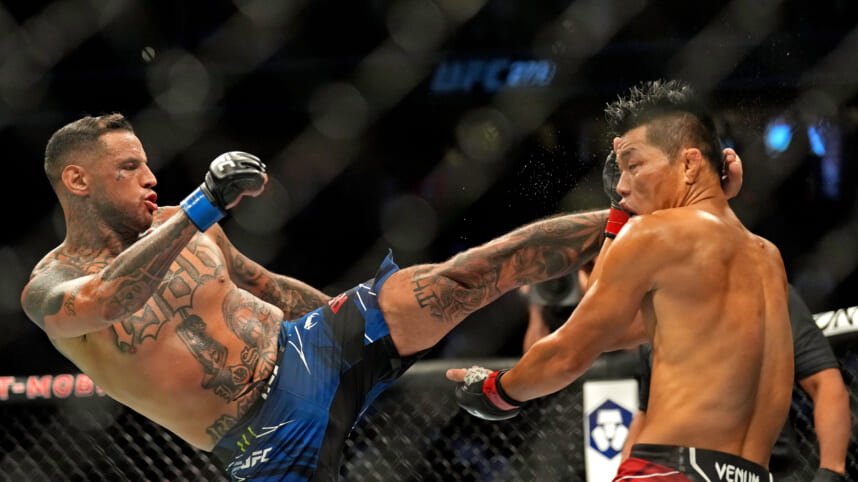 This past weekend at UFC 279, we saw two top welterweight contenders meet at a catchweight although neither man fought their original opponent. Daniel “D-Rod” Rodriguez (17-2) was returning for the first time in over a year to take on “The Leech” Li Jingliang (19-8).

Originally, Rodriguez was set to take on Kevin Holland at a catchweight of 180 pounds. Li Jingliang was set to take on Tony Ferguson in the co-main event at welterweight. However, after Khamzat Chimaev caused the entire card to shift around, the UFC booked Rodriguez against Li.

Li was okay with taking the fight despite the fact that Rodriguez got to weigh in at 180 pounds while Li hit the welterweight mark. The fight went on and both men had a very close technical battle.

For Rodriguez, the fight was all about his jab. He did an excellent job at fighting at his range and sticking Li with the jab. Meanwhile Li was doing an excellent job of using his speed and blitz attacks to score points. It was a close fight entering the third round.

I really believe that D-Rod won the final round while working behind the jab. However, I scored the first two rounds at UFC 279 for Li. Nevertheless, two judges gave the decision and the win to Daniel Rodriguez.

Regardless of the circumstance, UFC 279 was still a big night for Daniel Rodriguez. He fought and defeated a ranked contender and took his spot in the rankings. In the updated rankings, D-Rod comes in at the fourteenth spot.

Now that he has a number by his name, what should be next for D-Rod? Well, I think the UFC has a few options. One option I like is running back the original fight with Kevin Holland. I think it would be an excellent scrap and given Holland’s name status, I think it would offset the lack of a ranking.

Two other options I like for D-Rod is Michel Pereira and Vicente Luque. Really love the idea of a Pereira fight considering where both men are. Both men are at the tail end of the rankings on big winning streaks. Whoever would win that fight would be guaranteed a top ten opponent next.