What’s next for Aljamain Sterling after UFC 280 title defense? 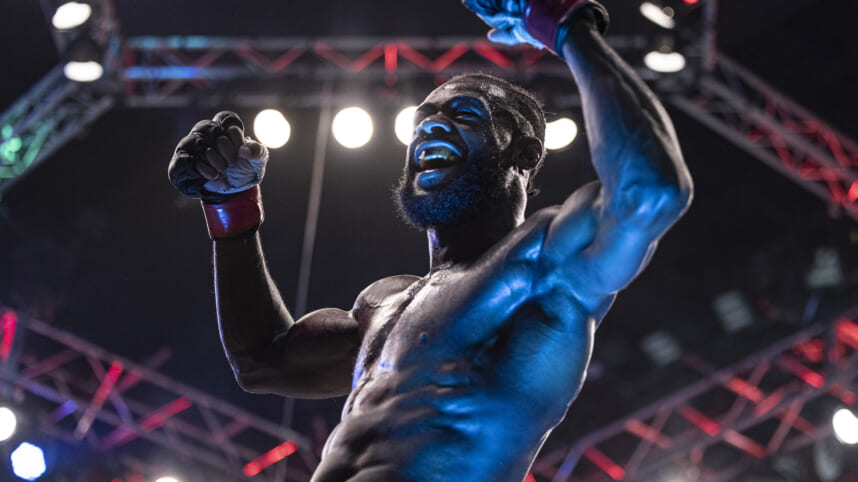 This past Saturday in the co-main event of UFC 280, the bantamweight title was on the line. Aljamain Sterling (22-3) was looking to make the second defense of his bantamweight title as he took on former champion TJ Dillashaw (17-5).

Now, I picked Sterling going into the fight just because I figured he’d be able to do enough with his grappling to win a decision. What I didn’t know is that TJ Dillashaw was dealing with a major shoulder injury heading into UFC 280.

The promotion didn’t even know Dillashaw was dealing with an injury and it played a factor right away. In the first grappling exchange, Dillashaw’s shoulder popped out and Sterling got him down. What followed was pure domination from the champion.

Granted, he was fighting a one-armed fighter. That being said, Sterling did what he had to do. Somehow Dillashaw survived the first round. He wasn’t so lucky in the second. Sterling got him back down and ultimately got the TKO win.

In a way, I feel really bad for Aljamain Sterling. You cannot deny that the man is a sensational fighter. However, his title reign has been funky from the very beginning which has caused him to not get the credit that he probably deserves.

Let’s be honest, he was well on his way to losing to Petr Yan in their first fight. A DQ win is how Sterling got the title and that was a gift. In the second fight, he dominated the first couple of rounds. However, the second half of the fight was all Petr Yan. Dana White even scored the fight for Yan.

Now, his second title defense is going to be known more for Dillashaw’s injury than anything the UFC champion did. He needs a big time statement win to silence the doubters and I think he’ll get a great chance in his next one.

Many are saying that the UFC will push forward with Sean O’Malley. However, I don’t think that’s what they’ll do. I think the next title defense for Sterling is going to come against Henry Cejudo. Cejudo is just about eligible to return and he retired on top. If Sterling wants legitimacy, it doesn’t get much better than potentially beating Henry Cejudo.