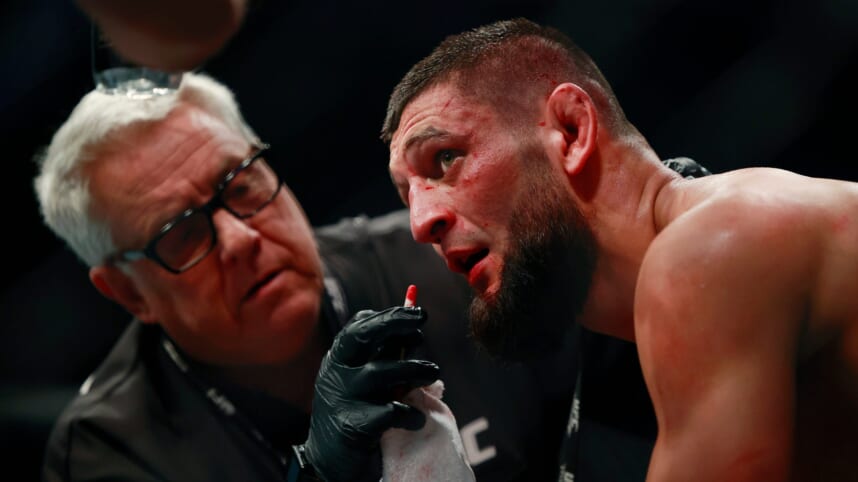 Just days ago, UFC‘s Khamzat Chimaev (12-0) took to Twitter to seemingly indicate that he was moving up to 185 pounds. This comes on the heels of his disastrous weight issue that saw his headlining fight against Nate Diaz scrapped just weeks ago.

Chimaev has always said that he wanted to become a UFC champion in both weight classes. However, welterweight seemed to be the focus until the weight issues against Diaz. Dana White said last night that the matchmakers are torn on where they want to see Chimaev next.

White admitted that he’s in the middle. He will go along with whatever Chimaev thinks is best for his career assuming he can still make 170 pounds. A day after those comments from the UFC president, Chimaev said on Twitter that he wants Colby Covington next.

Chimaev is a fighter who goes 100 MPH right out of the gate. He did that to Kevin Holland at UFC 279 and steamrolled him. He’s done that to all of his opponents outside of Burns and saw the same result. However, I can assure you, he wouldn’t run through Colby Covington.

Now, could he beat Covington? Absolutely, he has some of the best pure talent in the sport. However, when you’re already having questions regarding your weight cut and potential cardio, Colby Covington is not the guy to try it out with.

If Chimaev has his cardio on point and can easily make 170, Covington is a sensational fight to prove he’s ready for a title shot. However, if his weight cut is going to be a massive issue and can impact his cardio, Colby Covington is not the guy to fight if you’re Khamzat Chimaev.