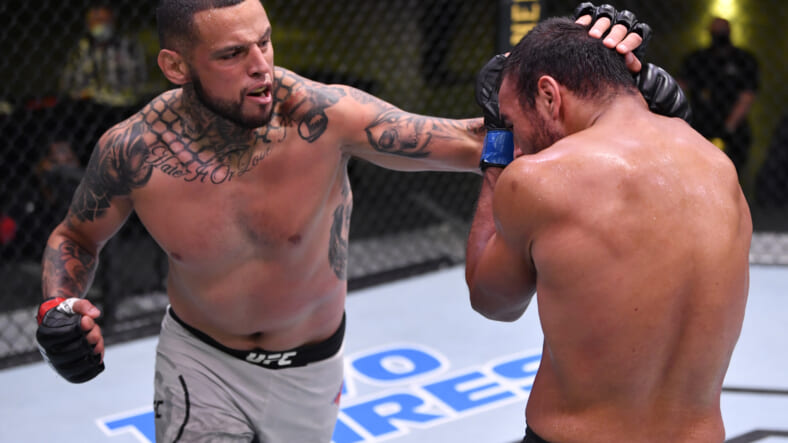 In the co-main event of UFC Vegas 64, we are going to see a fun matchup in the welterweight division. Two ranked contenders will battle it out as Daniel “D-Rod” Rodriguez (17-2) takes on “The Haitian Sensation” Neil Magny (26-9).

Magny is looking to bounce back after his one-sided loss to Shavkat Rakhmonov. Prior to that, Magny had two impressive wins over Max Griffin and Geoff Neal. Going back to 2020, Magny has gone 5-2 and has defeated the likes of Li Jingliang, Robbie Lawler, and the two men mentioned above.

Now, he will look to be just the second man to defeat Daniel Rodriguez in the UFC. Rodriguez is coming off a close decision win over Li Jingliang that came back at UFC 279. Originally, Rodriguez was supposed to take on Kevin Holland, but ended up fighting The Leech after the card shuffled.

That was his fourth straight win. Since making his UFC debut back in 2020, Rodriguez is an impressive 7-1. A win over Magny would go a long ways in putting him in title contention.

When it comes to pure striking, I really like Daniel Rodriguez in this one. I like his power and I love his kick attacks. Magny is the longer fighter and he could also have some success from range. However, where Magny is really going to want this fight is in close.

Magny’s advantage is his well-roundedness. I think we are going to see some takedown attempts from Magny and you’ll see him engage in a lot of clinches. He’s going to do these things to keep the timing of Rodriguez off and keep him guessing.

Will that translate to a win? I personally don’t think so. Over the course of three rounds, I think we will see both men fight on the feet for the most part. Ultimately, I see Rodriguez landing the more impactful shots and ultimately winning a decision.