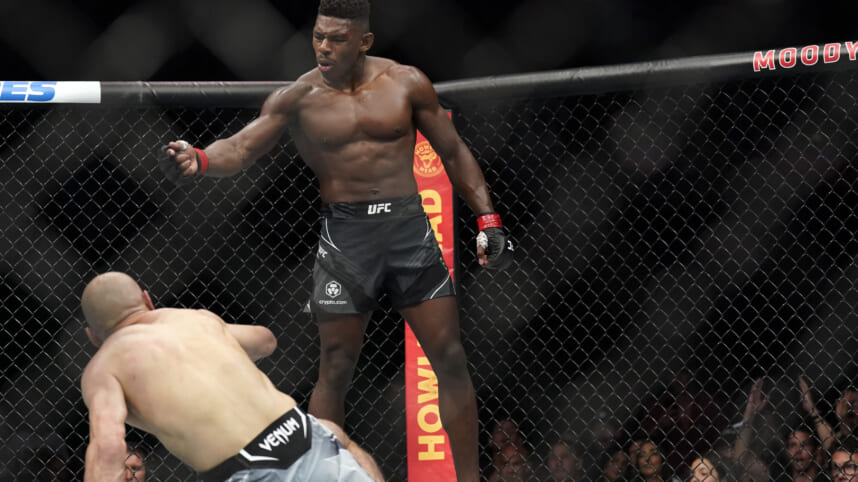 Tomorrow on the prelims of UFC Paris, we are going to see a very intriguing matchup in the middleweight division. Top young prospects Nassourdine Imavov (11-3) and Joaquin Buckley (15-4) will go head-to-head. Honestly shocked this one isn’t on the main card.

While he was born in Dagestan, Imavov trains and makes his home in France. In a way, this is a homecoming for “The Russian Sniper”. He trains under Fernand Lopez with the likes of Ciryl Gane. Entering tomorrow, he’s one back-to-back fights off his first octagon loss.

Speaking of being able to bounce back, that’s exactly what Joaquin Buckley has done. First, Buckley was knocked out by Kevin Holland. Then, he won two straight in very impressive fashion. Following those two wins, he was knocked out by Alessio Di Chirico.

Since that knockout loss, Buckley has gone on to win three straight to earn this shot against Imavov. A lot is on the line for Buckley who could be looking at a ranking should he pick up the win at UFC Paris.

For Joaquin Buckley, he has to fight with a ton of forward pressure tomorrow. He cannot allow Imavov to get comfortable from the outside. Like his nickname suggests, Imavov is a sniper from the outside and he can land big shots on Buckley coming in.

If I’m in Buckley’s corner, I’m asking for a ton of pressure and I’m asking him to mix in some clinch work. We’ve seen Imavov get backed up to the fence before. This is an area where Buckley can steal some time and points. That would also allow him to get close enough for his power.

However, I think he’s going to struggle getting in on the inside. I think Imavov is going to fight with a purpose tomorrow and I think we are in store for a very special performance. I’m not completely counting Buckley out, but I think he gets lit up from the outside a lot in this one. Ultimately, it will be a decision win for Imavov.