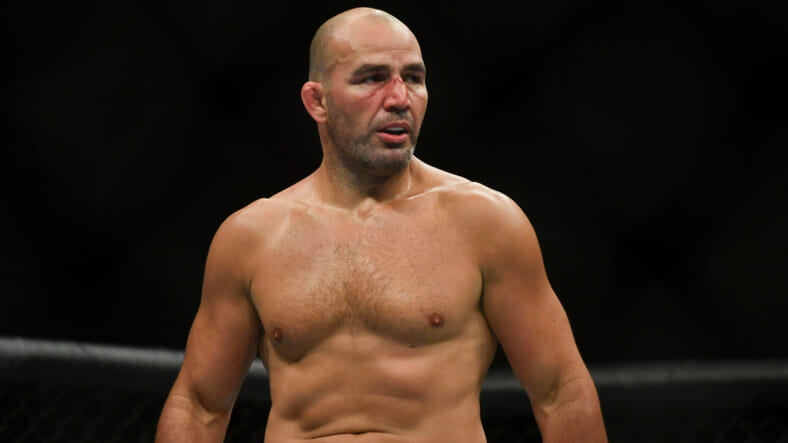 The UFC is going to try to book a light heavyweight title eliminator for the third time. COVID-19 has had their way with this contest, but the promotion is determined to make it happen. This fight will determine who will face the new UFC light heavyweight champion.

For the third time, the UFC has booked Glover Teixiera (31-7) against Thiago Santos (21-7). Originally the two men were scheduled to square off at UFC Vegas 10 in the main event of the evening. However, Teixiera came down with COVID-19 which scrapped the fight.

The UFC then pivoted to book the fight for Fight Island. The fight was to take place on the October 3rd card. This time, Santos came down with COVID-19 and the promotion was once again forced to cancel the fight.

Now, per ESPN’s Brett Okamoto, the UFC is once again booking this fight for the main event on a Fight Night on November 7th. The fight will take place at the APEX in Las Vegas.

Breaking: UFC working on Thiago Santos (@TMarretaMMA) vs. Glover Teixeira (@gloverteixeira) to headline a Fight Night on Nov. 7, per sources … This fight has been postponed twice due to Covid-19. Recent quotes from Santos included in the article. https://t.co/HaEdZi79XC

The fight between Glover and Santos will crown a clear number one contender. For years, the light heavyweight division was ruled by Jon Jones and Daniel Cormier. Because of their dominance, there wasn’t a lot of parody in the division.

Now, we will actually see some fluidity in the division. This weekend is going to be a big night for the UFC in crowning a new champion. This fantastic fight in November should generate an exciting number one contender for the first title defense.

Both Santos and Teixiera have fought for the UFC light heavyweight title before. Both fell short, although Santos came a lot closer to defeating Jones than Teixiera did. This should be a fantastic fight on November 7th.