UFC getting closer to booking the return of Nick Diaz 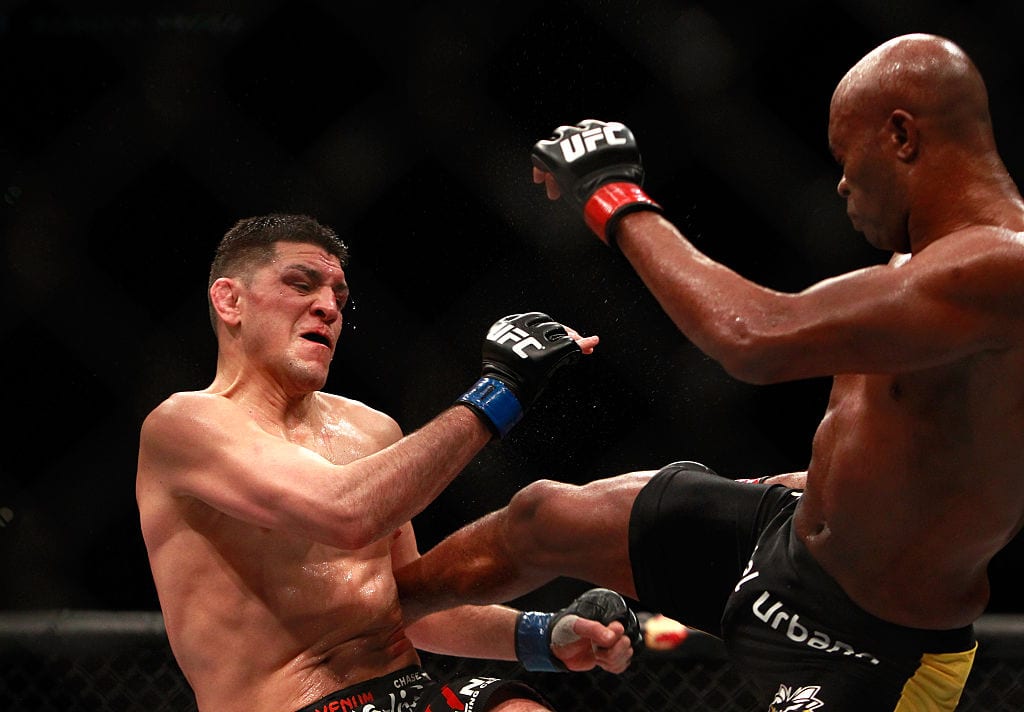 Nick Diaz (26-9, 2 NC) is getting closer and closer to his UFC return. Back in April, Diaz met with Dana White to talk about his fighting future. Diaz was interested in returning to the octagon, but Dana White wasn’t convinced that Diaz would actually fight.

In the past, Diaz has mentioned that he was interested in returning to the UFC. However, a deal never materialized to make it happen. With that, White was cautious to believe that Diaz would actually step into an octagon in 2021.

However, the UFC president seems to be changing his turn. In speaking with UFC Arabia, White talked about the return of Nick Diaz. White not only thinks things are moving in the right direction, but he is certain Diaz will fight this year.

â€œYou never hear me say that, ever,â€ White said. â€œYou say, â€˜Do you think Nick Diaz will fight this year?,â€™ and â€˜absolutely, positively notâ€™ is what I usually say. The matchmakers have (spoken to Diaz) and I donâ€™t know where weâ€™re at on it, but itâ€™s looking promising,â€ White said.

Assuming Nick Diaz makes his UFC return this year, the attention then turns to potential opponents. In my opinion, there are a couple of options that should be really attractive to the promotion.

One of the options is former UFC welterweight champion Robbie Lawler (28-15, 1 NC). Like Nick Diaz, Lawler is up there in age. Lawler is 39 while Nick Diaz is 37 years old. The two of them fought extremely early in their UFC careers with Diaz getting the knockout win.

Their first fight came all the way back in 2004. Both men are extremely popular and it would be a fun fight for the long-time fans of both men. The other option for the UFC would be a much bigger fight, but it might be hard to put together.

However, that fight never came together. If Nick Diaz wants to get right back in the mix, Jorge Masvidal is the way to do it. Either one of those fights would excite me as a fight fan and I would be willing to bet that it’s two matchups the UFC is looking at.