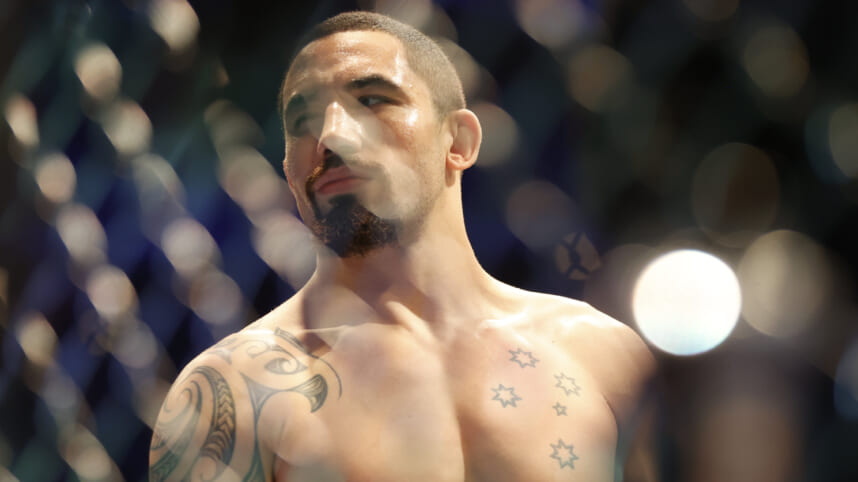 This upcoming weekend, the UFC will make their highly anticipated debut in France with an absolute banger of a card. In the co-main event, we will see a battle between former middleweight champion Robert Whittaker (23-6) and former title challenger Marvin Vettori (18-4-1).

Bobby Knuckles finds himself in a very interesting spot. In fact, it’s a similar spot that Colby Covington had found himself in at 170. He is clearly the second best middleweight in the world, but given two losses to the champion, he finds himself stuck currently.

However, the though position that Whittaker is in has forced him to think about his future. In fact, he’s contemplated moving up in weight once again.

Whittaker appeared on Submission Radio recently where he talked about his interest in moving up to light heavyweight. He mentioned the fact that it was more of a natural weight for him which is appealing as he heads towards the ladder half of his career.

When I moved up to 185 the first time, there was no way I would never go back down to 170. I could never. Got to put on muscle, you have to train at that weight. Got to do all of the bits and bobs, then and there. But I’ve been thinking about 205. I think it will be a more natural weight for me, personally, but the height disadvantage is annoying. I don’t know if I would want to deal with that…Once I make the decision to go up to 205, I’m there. That’ll be my division. I’d finish my career there, for better or worse. I’m doing really well at 185. Really well. I’m definitely one of the most dangerous men in the division.

To me, the idea is in Whittaker’s head because of the situation he’s in with regards to the title picture. In my opinion, Whittaker is perfect at middleweight. There’s a reason he’s the former UFC champion and there’s a reason that only one man has gotten the better of him.

If Adesanya cannot be dethroned, I think it’ll force Whittaker up. It’s hard to sell a trilogy when one man has won the first two fights. Could Whittaker go on an undeniable run and force the UFC’s hand? It’s possible, but it’s still a tough sell. For now, Whittaker might continue to stay relevant at 185 while he watches the title.

If Adesanya falls, he will stay at 185. However, if the reign of Stylebender continues, perhaps Bobby Knuckles becomes a light heavyweight.