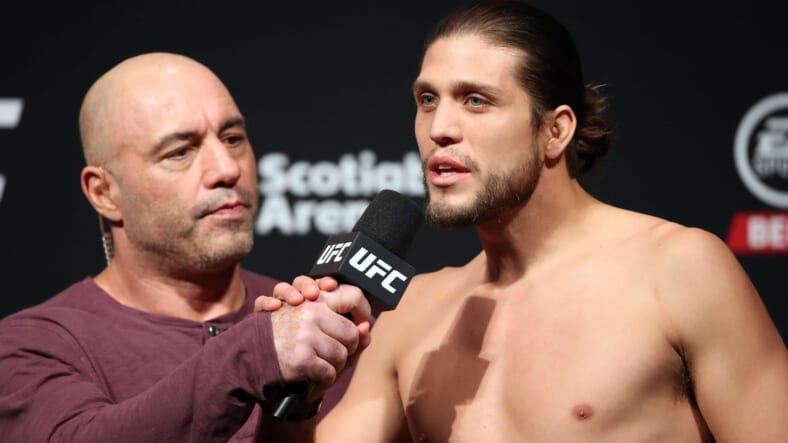 Two of the most intriguing featherweights in the UFC’s rankings right now are Brian Ortega and Chan Sung Jung, the latter of the two better known by his nickname ‘the Korean Zombie.’ Jung has a 3-1 record since making it back from his mandatory military service in South Korea, while Ortega looks like a future champion with his only loss coming at the hands of Max Holloway. Both fighters have been on a collision course towards one another for some time.

However, their fight hasn’t happened just yet. It was meant to take place during December of last year, but a knee injury forced Ortega out of the bout. Despite missing the first fight, though, Ortega intends to meet the Korean Zombie in the octagon eventually.

Back in March, Ortega managed to get into a clash with Jung’s friend Jay Park. This time, nothing as exciting as that has happened. However, Ortega has still made his voice heard by speaking on social media. He took to Instagram, calling out Jung for not signing the contract yet for a rescheduled fight.

Ironically, the feud between Ortega and Park was started by Park translating for Jung during an interview where Jung accused Ortega of avoiding a fight with him. Now, it looks like the tables are turned with Jung being accused of stalling with signing the contract and Ortega putting pressure on him to get the fight done.

Ortega and Jung are closely matched in the rankings right now with Ortega sitting at third in the division and Jung resting one spot below him at fourth. Only Max Holloway and Zabit Magomedsharipov are higher right now in the contender standings for featherweight.

The next fights of all four fighters will significantly impact how the battle for the belt turns out. Holloway is set to fight a rematch for the title on July 11th, Magomedsharipov is currently still undefeated in the UFC, and both Jung and Ortega are in position to win and make a case for a fight with a top contender. In these next fights, the top section of the division may very well change drastically, and either Ortega or Jung could end up in a number one contender fight.