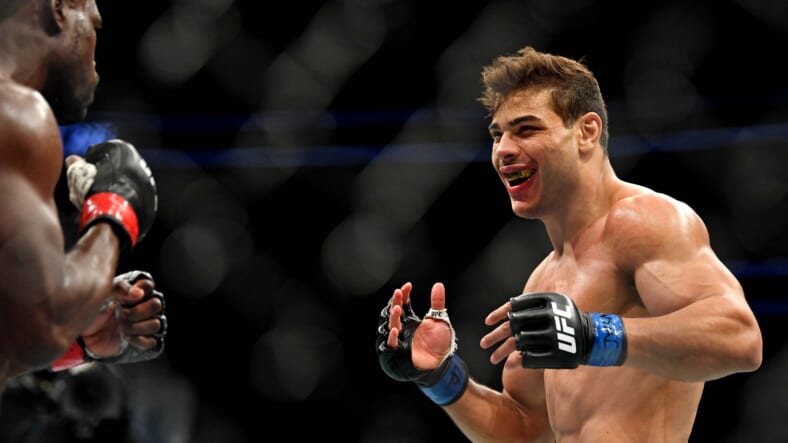 The UFC has finalized a fun fight between two top five middleweights. ESPN’s Brett Okamoto was the first to report this evening that the promotion had finalized a headliner between Paulo Costa (13-1) and Marvin Vettori (17-5-1).

The fight is expected to headline a UFC Fight Night on October 23rd. This fight has been desired by both sides and the UFC finally got the deal done. Both men are in a very similar position in the division.

The Italian Dream fought Adesanya to a split decision in their first fight. Having the first fight be so close gave Vettori a lot of confidence heading into UFC 263. However, their title fight was not close at all.

Adesanya stifled Vettori for all five rounds and The Italian Dream lost a lopsided decision. Now, Vettori will look to right the ship as he takes on another top contender who also suffered a similar fate against Adesanya.

When Paulo Costa makes the walk on October 23rd it will be his first fight in over a year. His last fight came at UFC 253 when he fought Israel Adesanya for the title. An undefeated Costa was a popular upset pick, but he proved to be no match for the champion.

Adesanya completely dominated Costa and stopped him in the second round. Prior to that loss, Costa was a perfect 5-0 in the UFC. Costa had a number of excuses for the bad performance, however, at the end of the day he lost.

Now, Costa will look to seek a little redemption. There’s going to be some heat on this fight and Costa needs to show everyone that he’s still one of the best in the UFC. Whoever wins this one will be right back in the title picture.