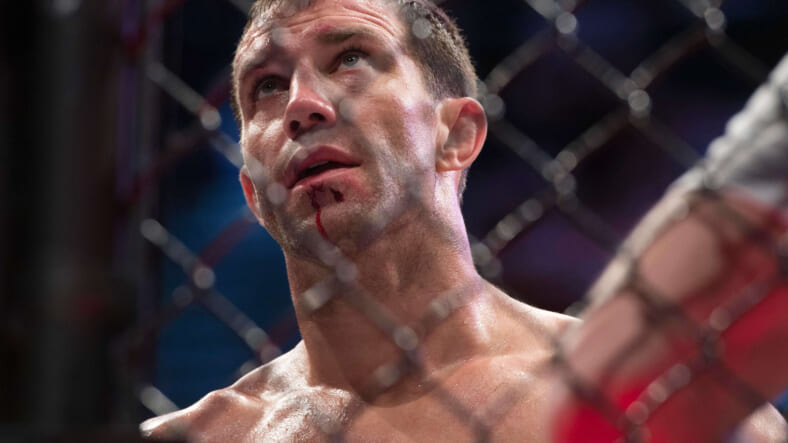 The main event would have taken place at a UFC Fight Night on August 28th. Rockhold confirmed the news with Helwani and also said that the promotion offered the two a three-round fight at UFC 265.

According to the former UFC middleweight champion, Khamzat Chimaev declined both fights while Rockhold accepted both. Rockhold has been looking to book his return and he saw a fight with Chimaev as a way to get his name back out there in a big way.

Khamzat Chimaev is also looking to book his return after missing the last year due to complications from COVID-19. The UFC has been meeting with Chimaev about his return and they are working on fights for him now.

The fight with Rockhold fell through due to Chimaev’s desire to fight at 170 pounds. So far in three fights, two fights have been at middleweight and one has been at welterweight for Chimaev. However, Chimaev has made it known to UFC officials that he plans on staying at 170.

For now, the promotion will go right back to work on booking these two a fight. Rockhold has told the UFC that he wants a top name at 185 pounds. In recent interviews, Rockhold has said that he’s accepted multiple fights, but nothing has materialized.

There are some middleweight contests coming up and I wouldn’t be shocked to see Rockhold get booked soon. He’s hoping to fight by the end of the summer and I think the UFC will find him a good opponent for his return.

Khamzat Chimaev took off in 2020 and was a potential win over Leon Edwards in December away from earning himself a quick UFC title shot. However, COVID cancelled his fight with Edwards and we haven’t seen Chimaev since. The word is that a fight for Chimaev is close to coming together and I would expect a top fifteen welterweight.