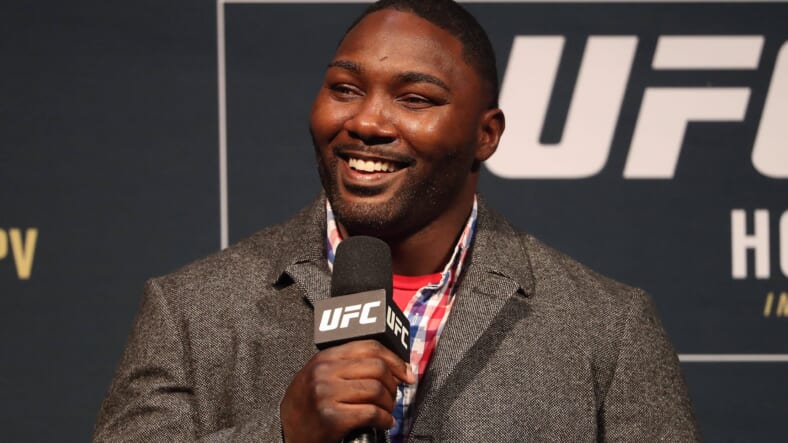 Also, it was announced that the UFC is planning on having Dominick Reyes and Jan Blachowicz fight at UFC 253 which will likely be for the title although not confirmed.

If that wasn’t enough news in the light heavyweight division, arguably the most terrifying knockout artist in the history of the division will be making his return.

Breaking: Anthony Johnson (@Anthony_Rumble) will re-enter the UFC’s mandatory drug testing program this week in anticipation of a comeback, per his manager Ali Abdelaziz (@AliAbdelaziz00). Right now, the plan is to come back as a light heavyweight. pic.twitter.com/5sclYSSaUF

Rumble back in the UFC

It has long been known that Anthony “Rumble” Johnson would be making his UFC return at some point. We just really didn’t know when that return would happen. We also didn’t know which weight class Rumble would be fighting in.

As Brett Okamoto reported, Rumble will be going back down to light heavyweight. The same division that saw Rumble make two runs to a title shot only to be stopped by Daniel Cormier twice.

The second loss to Cormier came at UFC 210 back in 2017. That night, Rumble announced that he would be stepping away from fighting. He was emotional in announcing his retirement.

Outside of his two losses to Cormier, Johnson went 6-0 in the light heavyweight division with five first round knockouts. Those knockouts came over guys like Glover Teixeira, Alexander Gustafsson, and current two division Bellator champion, Ryan Bader.

It will be very interesting to see how quickly the UFC decides to push Rumble. Will he get a crack at the title right away or will they give him a top contender like a Jiri Prochazka in his first fight back?

It will be interesting to see this whole thing unfold. Rumble will have to be in the USADA pool for six months before he can return to the octagon. With that, expect to see Rumble back in the first part of 2021.