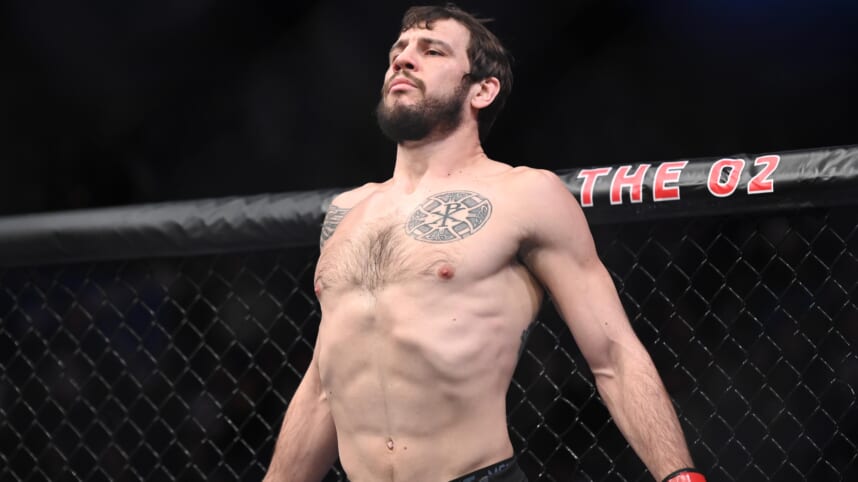 On the prelims of UFC 260, we will see a battle of light heavyweights where both men will look to take a step towards title contention. Former title challenger Volkan Oezdemir (18-6) looks to pick up his second straight win as he takes on Nikita Krylov (28-9).

The last time we saw Oezdemir was back at UFC London when he took on Paul Craig. With Paul Craig, you have to keep the fight standing and that’s what he did. He had great takedown defense and struck his way to a decision victory.

A man who can’t say that is his opponent on Saturday. Nikita Krylov’s last loss came to Paul Craig in a fight that he was dominating. Krylov looked like he was about to get the finish when Craig pulled off a submission victory.

In looking at this fight, I see two very evenly matched opponents. If we were to break things down, I would give the grappling advantage to Krylov. If the fight touches the mat, it’s likely going to be from Krylov.

On the feet, it’s very close. From a technical perspective, I would give the advantage to Oezdemir. They also both possess a great deal of power would could very well come into play on Saturday. It’s really a solid fight that the UFC has put together.

I’ve gone back and forth with this pick, but I have to slightly side with the favorite in Krylov. I think his ability to mix things up is ultimately going to lead him to a decision. I think that both men will have a stalemate on the feet, but Krylov’s grappling will give him the edge when a decision is read.