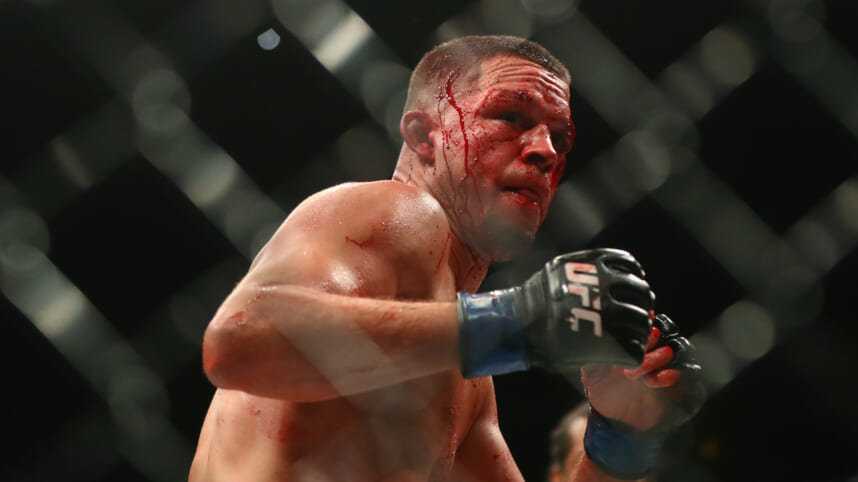 Tomorrow night in the headliner of UFC 279, we are going to see a welterweight showdown between two of the biggest stars in the promotion. Veteran superstar Nate Diaz (20-13) will try to become the first man to defeat undefeated phenom Khamzat Chimaev (11-0).

For Diaz, this is not the fight that he wanted. Diaz wanted to fight the final fight of his current deal against the likes of Tony Ferguson or Dustin Poirier. However, the UFC played hard ball and the only way they were letting Diaz out was through a bout with Chimaev.

The last time we saw Diaz was just over a year ago when he fought Leon Edwards. In that fight, Diaz lost but won in the eyes of the public after a fifth round rally almost saw him stop Edwards. Now, he will look to knock off Chimaev.

Khamzat Chimaev stormed onto the UFC scene with three wins in just a couple of months. Then, Covid hit him hard and it took him over a year to get back into the octagon. When he did return, he ran through Li Jingliang. After that, the UFC booked him against Gilbert Burns earlier this year.

Burns pushed Chimaev like nobody had ever pushed him before. Chimaev did get the win, but he was in a war. Now, he will look to get through Nate Diaz on his way towards the welterweight title.

Heading into tomorrow night, Nate Diaz is giving off vibes that he simply doesn’t care. In fact, he’s said that he stopped preparing altogether for this fight because he just wants out of his UFC contract. With comments like that, many have questioned how hard he’ll push tomorrow.

At the end of the day, it’s a fight and Diaz will show up to fight. So, does he have a chance? The answer to that is yes. Diaz is legit on the ground and Chimaev cannot get reckless. Nate Diaz also has incredible boxing and he can take advantage of sloppy Chimaev mistakes.

Chimaev needs to fight calculated and avoid burning himself out quickly. If Chimaev tries too hard for the finish and can’t get it, he’s going to be in trouble. Diaz will not run out of gas so if Chimaev does, Diaz will come on really strong.

Ultimately, I think the power of Chimaev and the wrestling/control is going to play in his victory. I honestly wouldn’t be shocked to see a cut stop the fight tomorrow night. I could see Chimaev getting a takedown and a vicious elbow causing a cut to open and stop the fight.

In fact, that’s going to be my prediction. I don’t see Chimaev putting Diaz out at UFC 279, but whether it’s a number of shots or damage, the fight will get stopped.

Prediction: Khamzat Chimaev by TKO – Round 3