Sean O’Malley says next fight will be for UFC title 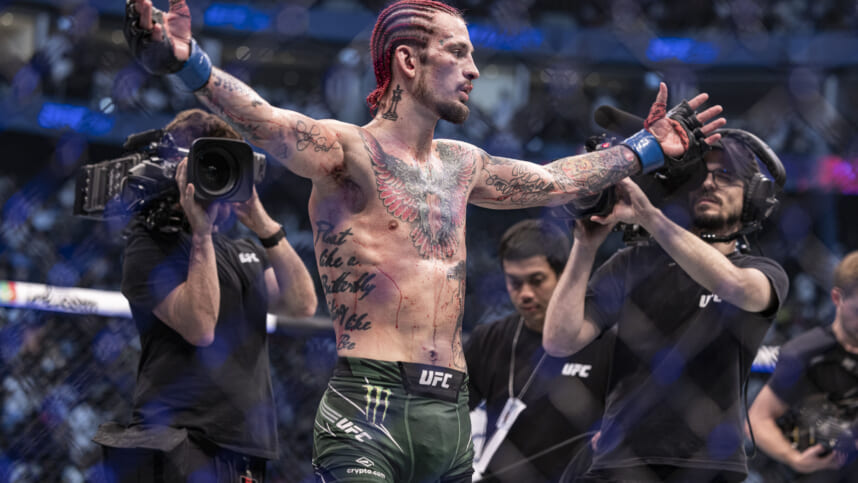 The Suga Show is heading towards a UFC title fight. Sean O’Malley (16-1) is coming off the biggest win of his career. Last month, O’Malley took on former bantamweight champion Petr Yan in Abu Dhabi. The fight was razor close.

The majority of people, including myself, thought that Yan won the fight. However, two judges gave the fight to Suga Sean and now he’s cashing in on the rewards. O’Malley revealed on his podcast that he just flew to Las Vegas to meet with the UFC.

O’Malley said that they laid out their plans and it includes him fighting for the bantamweight title. However, O’Malley said that he doesn’t believe the champion’s next fight will come against him. Aljamain Sterling has been campaigning for a title fight because he knows the star power of O’Malley.

However, according to O’Malley, the UFC wants to book Sterling against former two-division champion Henry Cejudo. Cejudo has come out of retirement and he’s coming back for the title that he never lost. O’Malley said he think that Cejudo should get a title fight upon his return.

O’Malley hinted that the UFC wants to book Sterling – Cejudo early in 2023 with O’Malley fighting the winner in the late spring or early summer months. If I was playing matchmaker, this is what I would do as well.

There’s been talk of wanting O’Malley to fight Chito Vera again and from a purest standpoint, I love that idea. However, from a business standpoint, you need to cash in on O’Malley now. He’s the top ranked contender after getting his hand raised against Petr Yan.

It seems rather obvious why Sterling doesn’t want to fight Henry Cejudo. O’Malley is a bigger draw and Cejudo is a very tough fight for Sterling. Jiu Jitsu would be about the only area of the fight where Sterling would have an advantage over Cejudo because he definitely wouldn’t have the wrestling advantage.