Rose Namajunas next opponent still not clear after UFC Vegas 27 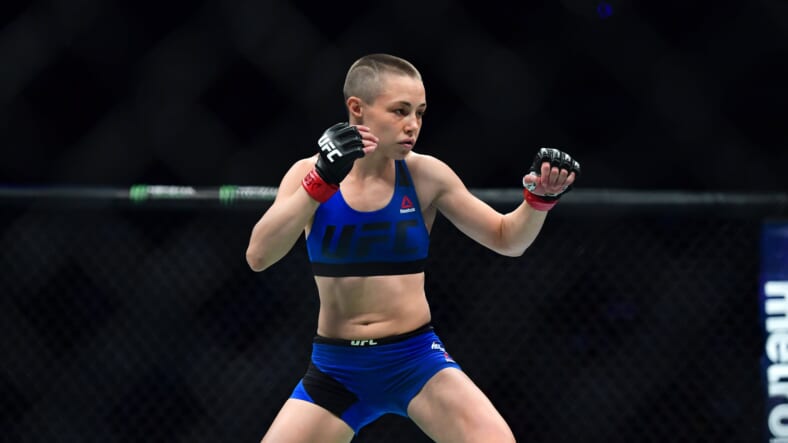 This past Saturday in the co-main event of UFC Vegas 27, Carla Esparza (18-6) took on Yan Xiaonan (13-2, 1 NC). Many people were thinking that the winner would likely get the next crack at the UFC strawweight title.

Xiaonan had the most hype coming into the matchup. She was a perfect 6-0 in the UFC and none of her fights had really been that close. Carla Esparza is a former UFC strawweight champion, but she often gets overlooked by everyone.

Esparza was the first strawweight champion for the promotion when she defeated Rose Namajunas (10-4) back in 2014. However, the reign was short lived as Esparza was destroyed by Joanna Jedrzejczyk in her first title defense.

Since then, Esparza has gone 8-3 in the UFC, but a few of those wins were razor close split decisions. Heading into UFC Vegas 27, Esparza had won four fights in a row, but she needed a signature win to get in the title conversation.

Well, Esparza completely dominated Xiaonan at UFC Vegas 27. Xiaonan had no answer for the wrestling of Esparza and Esparza battered her on the ground. Ultimately, she picked up the second round TKO victory on Saturday night.

After her dominant win, Esparza made her case in her post-fight interview that she deserves the next shot at Rose Namajunas. Esparza holds a victory over the current UFC champion and now she’s won five fights in a row.

Dana White was interviewed after the event where he was asked about Namajunas’ next challenger. I was expecting him to come out and say that they will likely be doing Namajunas – Esparza 2 next.

However, that’s not what Dana White said. White indicated that the rematch with Esparza is definitely an option, but so is the rematch with Zhang Weili (21-2). Weili was the strawweight champion who was just knocked out by Namajunas last month.

She is really pushing for the immediate rematch with Namajunas and the UFC is seriously weighing that as an option. In reality, Esparza has earned the next shot at the champion. However, we know that sometimes the UFC will favor the bigger fight.

Despite the one-sided nature of the title fight at UFC 261, the Namajunas – Weili rematch is likely bigger business. While Esparza definitely deserves the shot, I’m not certain she’s going to get it. This will definitely be something to watch over the coming weeks.