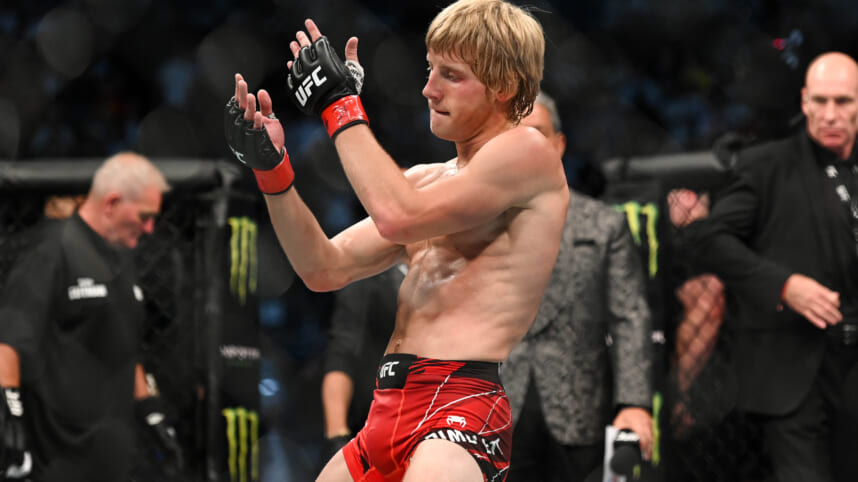 One of the biggest budding superstars in the UFC has his next date. Over the weekend, the promotion announced that Paddy “The Baddy” Pimblett (19-3) will be making his return in December when he takes on Jared “Flash” Gordon (19-5).

The bout is going to take place on the main card of UFC 282 in Las Vegas. The fight will mark Pimblett’s first fight for the UFC in the US in front of a packed arena. In this fight, he will be taking on his toughest test to date in Jared Gordon.

Gordon has been with the promotion since 2017 and has been in there with some really solid guys. Including former lightweight champion Charles Oliveira. He’s been on a pretty impressive run lately that has seen him go 4-1 in his last five fights.

The last time we saw him was at UFC 278 when he took on Leonardo Santos. That fight was coming on the heels of his loss to Grant Dawson. Gordon bounced back well and got the win. Now, he’s tasked with knocking off the Paddy “The Baddy” hype train.

Paddy Pimblett has superstar potential for the UFC. When you look at Pimblett, you see dollar signs. From his personality to the way he fights inside the cage. He’s exactly what the promotion is looking for.

Thus far in his career with the promotion, he’s been sensational. He’s a perfect 3-0 with all three wins coming via finish. Only one of those fights went into the second round. His last two fights came on the London cards that took place this year.

Now, he heads back to the US for the first time in front of a packed arena in Las Vegas. If Pimblett is able to get the win here, I would suspect the UFC will give him a big bump in competition for the England card that is expected to take place early next year.

Leon Edwards – Kamaru Usman 3 is going to take place in the first quarter of next year in England. Expect Pimblett taking on a ranked opponent to be on the card if Pimblett gets the win in December.