Jared Cannonier is completely focused on his UFC title aspirations 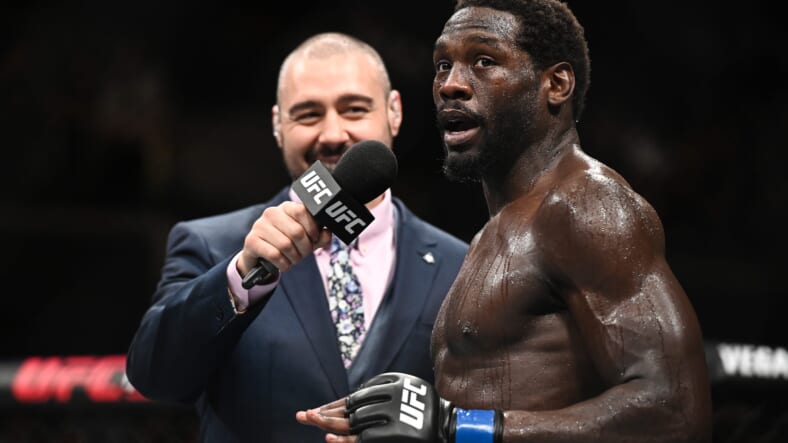 This weekend at UFC 254, The Killa Gorilla Jared Cannonier (13-4) will face the biggest test of his fighting career. He’s going to be standing across the cage from former world champion, Robert Whittaker (21-5). Both men want to earn a crack at the UFC middleweight title.

Cannonier has had an interesting journey to get to this point. When he first broke into the UFC, Cannonier fought at heavyweight. He wasn’t concerned about his diet or nutrition, he just wanted to fight. Cannonier carried knockout power at heavyweight, but he was pretty small.

He then decided to move down to the UFC‘s light heavyweight division. While this division better suited Cannonier, he still wasn’t clicking on all cylinders. His body still didn’t look like it was in peak condition, and his performances reflected that.

That’s when Cannonier decided to drop to his third UFC weight class. The middleweight division, and that is where his career completely turned. Cannonier has looked like a destroyer at middleweight going 3-0 with three knockouts.

Cannonier has been so impressive that UFC champion Israel Adesanya called him out after UFC 253. However, Cannonier made it clear today that he’s not focused on who’s the champion, he just wants a piece of that UFC middleweight title.

“My journey is to get to the title. Whoever holds the title is going to have that target on his back,” Cannonier told reporters at the UFC 254 media day. Cannonier made it clear that his only goal is to become champion and he’s not focused on whoever he has to fight to get there.

Whittaker is a massive test for Cannonier. The former UFC middleweight champion had a similar story to the beginning of his career. Whittaker started at welterweight, but moved to middleweight because he felt his body would perform better.

He has gone 10-1 in eleven fights at middleweight which includes him capturing the UFC middleweight title. Whittaker is very well-rounded and he poses big problems for Cannonier. Whoever rises above the other on Saturday night will have clearly staked their claim as the number one contender.