Is Dan Hooker – Beneil Dariush the fight to make after UFC 266? 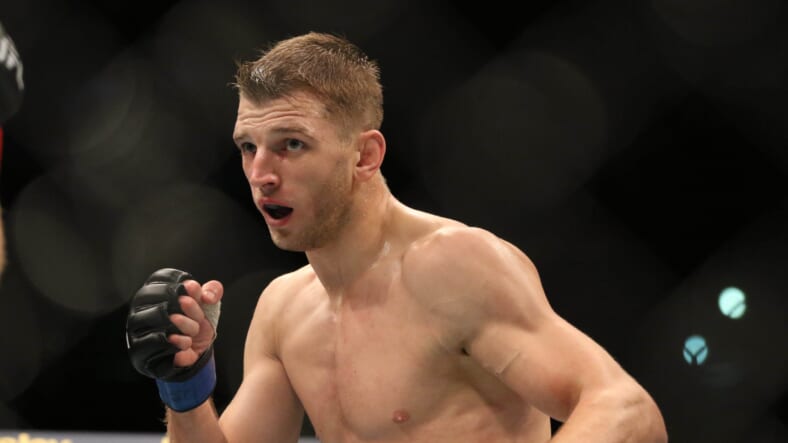 This past Saturday during the prelims of UFC 266, Dan Hooker (21-10) made his return as he took on Nasrat Haqparast (13-4). The fight was considered a risky one by Hooker considering his placement in the division.

Hooker is a top ten lightweight in the UFC and Haqparast is not ranked, yet, he’s viewed as very dangerous. However, Hooker just wanted to get back in the cage after suffering back-to-back losses.

Both men had visa issues getting into the US for this fight, but both showed up on weight for UFC 266 and put on a performance. From the moment the fight started, Hooker was the one pressing forward.

When Hooker lost to Michael Chandler, he was constantly backing up. He made the adjustment in this fight and he was the one putting the pressure on Haqparast. Hooker did eat some shots, but he just kept coming forward.

I was incredibly impressed with how well-rounded of a performance Hooker had at UFC 266. He had good pressure, good striking, and mixed in some beautiful takedowns. All of this added up to a lopsided decision win for The Hangman.

Is Dariush next after UFC 266?

After his big win to get back on track at UFC 266, there was one name on the mind of Dan Hooker and that was Beneil Dariush (21-4-1). Dariush is currently ranked third in the UFC’s lightweight division, but he’s without an opponent.

After picking up six straight wins, Dariush finally got his first big fight against tony Ferguson back in May. Dariush put on an incredible performance as he dominated and controlled Tony Ferguson for fifteen minutes.

Considering where everyone’s at in the division, Hooker makes the most sense for Dariush next. Islam Makhachev is the only guy near Dariush, but he’s tentatively scheduled to face Raphael Dos Anjos at UFC 267. That fight is in trouble due to a knee injury to RDA.

If that fight falls through, perhaps Dariush takes on Makhachev. However, I think a fight with Hooker would make more sense for him. Hooker has a decent following and it’s a better fight for Dariush stylistically. It’s what Hooker wants and it’s the right fight for Dariush. Sign me up!