BREAKING: Gilbert Burns out of UFC 251 headliner after testing positive for COVID-19 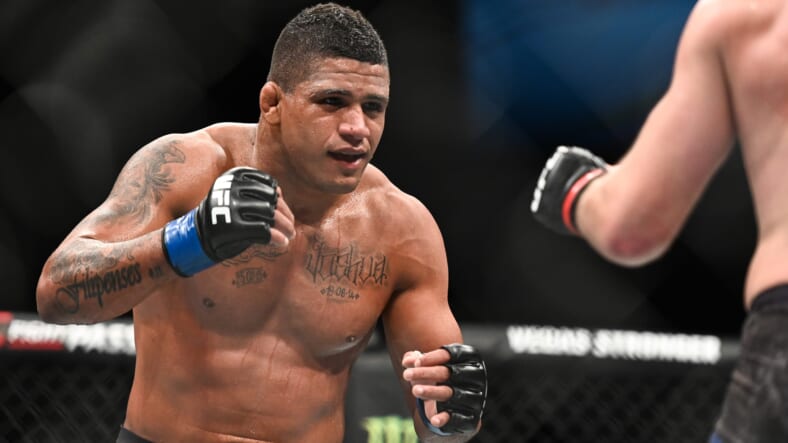 UFC 251 has taken a hit as Gilbert Burns (19-3) has tested positive for COVID-19. Burns was set to take on welterweight champion, Kamaru Usman (16-1), on Fight Island next Saturday night. MMA Junkie was the first to report the news late Friday evening.

Breaking: Gilbert Burns and both his cornermen have tested positive for COVID-19 and the #UFC251 main event vs. welterweight champ Kamaru Usman is OFF. https://t.co/Q0yDprVZfI

Tough blow for the UFC and Burns

Burns was on the cusp of cementing his status as UFC male fighter of the year. Burns entered 2020 as a solid welterweight contender, but after dominant wins over Demian Maia and Tyron Woodley, it was apparent that Burns was championship material.

Kamaru Usman was originally scheduled to take on Jorge Masvidal at UFC 251. However, contract negotiations fell apart. The surging Burns jumped at the opportunity to take on his now former teammate Usman. Burns became the top ranked welterweight and was given the shot.

As of now, nothing has been announced from the UFC so there is no real idea on what comes next. The likely scenario is that we will see the fight get rebooked for later this year. Perhaps next month on the same card as Cormier/Miocic 3 or perhaps it gets pushed back to September. No matter what, this is a tough blow to next week’s first card on Fight Island. With this news, the featherweight title fight between Alexander Volkanovski and Max Holloway will slide into the main event slot.

I do wonder if the UFC tries to revisit the Masvidal fight now that the Burns fight has fallen through. The Masvidal fight had a ton of heat behind it, and it would sell very well. It is unlikely that the UFC would pass over Burns in favor of Masvidal, but it wouldn’t be completely surprising. I still think the likely scenario will be that we see Burns and Usman fight in either August or September.