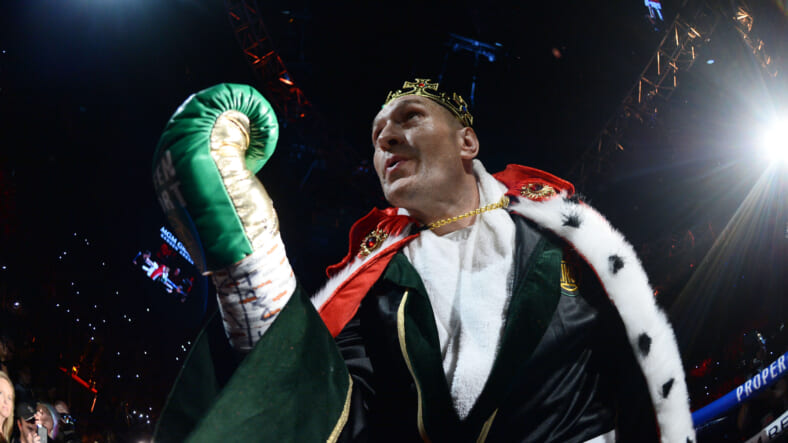 One of the best rivalries in the last 30 years in boxing‘s heavyweight division will see it’s third chapter at the end of 2020. Tyson Fury (30-0-1) and Deontay Wilder (42-1-1) are getting ready to prepare for their third fight. Yesterday, Top Rank executive Brad Jacobs told Sky Sports that the fight would happen at the end of this year with many possiblities when it comes to location.

“We are focusing on December 19 and are hoping that, by then, we are back to a nearly normal situation…We are looking all over the world, at this point, for the best location for this event. That will be narrowed down and we’ll see where it takes us.” Top Rank’s Jacobs told Sky Sports.

Recently, it was announced that Fury had reached a deal to fight fellow heavyweight champion, Anthony Joshua. That fight is considered to be the biggest fight that boxing can make in it’s heavyweight division. It would be a fight that would unify all of the heavyweight titles in boxing. However, there are a couple of challenges that are standing in the way.

Who is boxing’s baddest man on the planet?

The boxing world hasn’t seen a knockout artist like Deontay Wilder since Mike Tyson. What the Bronze Bomber lacks in technique, he makes up for in sheer power. In his 42 professional wins, only one fight has gone the distance. In the first fight with Fury, Wilder’s power was on full display as he dropped Fury twice in the fight. The fight would end in a draw after 12 rounds.

The second fight between Fury and Wilder was completely one sided. The Gypsy King completely dismantled the former champion Wilder. The beating was so bad that Wilder’s corner threw in the towel which gave Fury the TKO victory and the WBC heavyweight title. Their third fight is going to be highly anticipated, but it should be one where Fury is the significant favorite. There is no question that Fury is the better boxer, but with Wilder, he’s only one punch away from winning any fight.