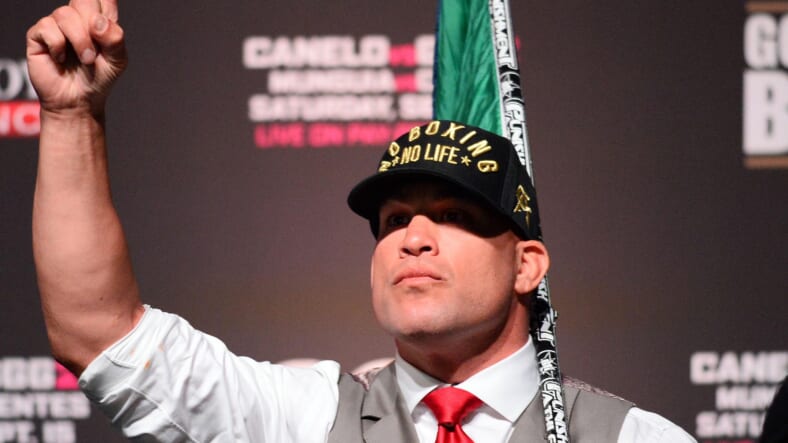 Tomorrow night, Triller is back with a boxing event that will feature legends from the combat sports world. In the co-main event, two of the more decorated UFC champions in history will battle it out as Tito Ortiz (21-12-1 MMA) takes on Anderson Silva (34-11, 1 NC).

The two former champions will be competing in boxing which will be a first for Ortiz. While Silva has experience in this arena, Tito Ortiz will be stepping into the boxing ring for the first time in his combat sports career.

The last time we saw Ortiz compete was back in 2019 when he defeated former WWE star Alberto Del Rio in a MMA match. Prior to that, Ortiz knocked out a very old Chuck Liddell in their trilogy fight. Ortiz’s last legit win was his fight before that against Chael Sonnen.

Ortiz has been vocal with his frustrations with Silva regarding this boxing match. Silva made Ortiz commit to a weight of 195 pounds. While Ortiz ultimately agreed, he missed the mark by five pounds today. That said, the match will go on.

Anderson Silva was last seen just a few months ago when he took on former boxing world champion Julio Cesar Chavez Jr. Silva was a huge underdog but ended up outclassing Chavez Jr and cruising to a decision. Overall, Silva is now 2-1 in professional boxing.

This is such an interesting and somewhat bizarre matchup. On one hand, you can say that both men have competed in the light heavyweight division during their careers. They are both former UFC champions and they are the same age.

At the same time, Ortiz has never been known for his boxing skills. Ortiz made a career out of taking his opponents down, controlling them, and using great elbows to do damage.

In the boxing ring, he’s going to be completely relying on his hands. Anderson Silva is known as one of the greatest strikers in MMA history. Say what you want about the condition Chavez Jr was in, it’s a big deal that Silva defeated a former boxing world champion just months ago.

I don’t see any scenario where Tito Ortiz wins this matchup. I’m having a hard time believing Ortiz even lands a significant shot in this one. I see Silva putting it on him from start to finish and I expect a TKO finish in the middle rounds.

Prediction: Anderson Silva by TKO – Round 5