After UFC Vegas 62, is a title shot next for Alexa Grasso? 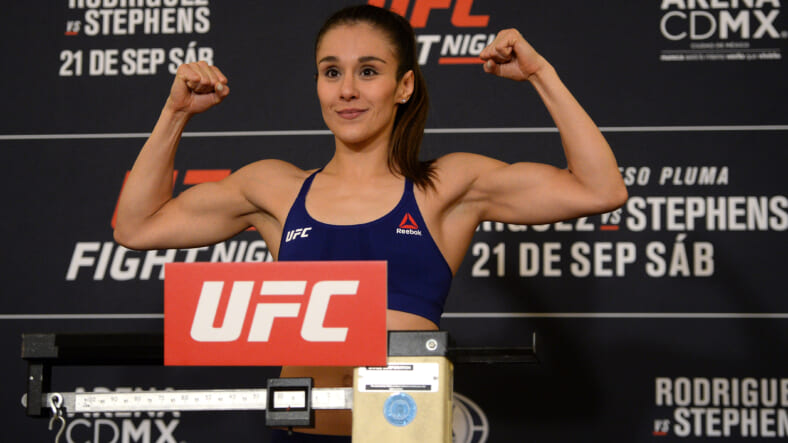 This past Saturday in the headliner of UFC Vegas 62, we saw a potential title eliminator in the women’s flyweight division. Top six contenders battled it out as Alexa Grasso (15-3) took on the tough Viviane Araujo (11-4).

Entering the bout, Grasso had been perfect since moving up to the flyweight division. Grasso has all the tools to be a champion, but her weight cut to 115 pounds really hindered her early on. She has looked like a completely different fighter since moving up.

In taking on Araujo, she was taking on an opponent who had been in there with some of the best in the division. This was a big challenge for Grasso, but she was confident that if she could keep it standing, she would pick up the win.

That’s exactly what happened at UFC Vegas 62. I will say, it was a close fight. Araujo did a great job of fighting with forward pressure and throwing heat back at Grasso. However, Grasso was always just one step ahead and was landing the better shots throughout. That ultimately resulted in a lopsided decision on the scorecards.

After this win, many are pondering whether or not Grasso will get a title shot. She’s proven herself to be one of the very best in the flyweight division. One thing working in her favor is the lack of fresh challenges for Valentina Shevchenko.

That said, the last person to challenge Shevchenko could be an option for Grasso. Taila Santos nearly shocked the world back in June when she took on Valentina Shevchenko. She went toe-to-toe with the champion and had it not been for a broken orbital which hindered her vision late, she might’ve edged the champion.

Nevertheless, Shevchenko retained. Many have pitched the idea of these two running things back, but the UFC hasn’t committed one way or another yet. If they don’t, Santos – Grasso would be an excellent matchup.

Another matchup I like is a fight with Manon Fiorot should Fiorot defeat Katlyn Chookagian this weekend at UFC 280. At the end of the day, I think this past Saturday’s win gets Grasso one step closer, but ultimately she needs one more win.