After setback at UFC 258, what’s next for Ian Heinisch? 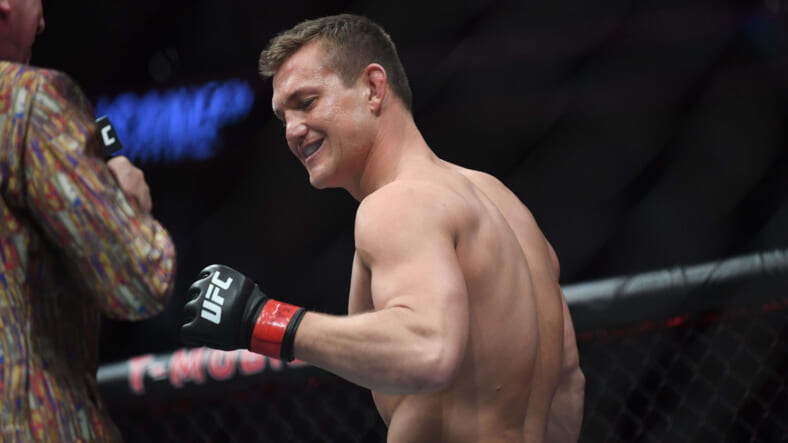 This past Saturday at UFC 258, Ian Heinisch (14-4) had arguably the biggest fight of his career against Kelvin Gastelum (16-6). Gastelum is a former title challenger and he was in the top 10 in the UFC‘s middleweight division.

A win for Ian Heinisch would have sent him into the top ten and one step closer to achieving his dream. Gastelum entered the fight on a three-fight losing streak and he felt like his job was on the line.

When the fight started, both men were fighting with urgency. Gastelum was putting pressure on Heinisch and Heinisch was looking for the finish. In the first round, Heinisch attempted multiple submissions to try and get the victory.

However, nothing locked in fully. Heinisch used a ton of energy in the first round trying to get Gastelum out of there and he couldn’t do it. As the fight went on, it appeared that Heinisch was feeling the exhaustion of the moment at UFC 258.

For the most part, Kelvin Gastelum completely controlled the fight from start to finish on Saturday night. In the end, the judges unanimously gave the fight to Gastelum which ended his losing streak.Â Heinisch will now have to go back to the drawing board after UFC 258.

I’m very confident in saying that Ian Heinisch deserved to be in that spot at UFC 258. Heinisch does have a lot of potential, but we’ve seen him stumble against competition that ranks inside the top fifteen.

So far, Heinisch has taken on three fighters ranked in the UFC. He’s 0-3 in those matchups. For his next fight, he needs to take on someone outside of the rankings and I think there’s an opponent that is perfect for him.

The guy that Ian Heinisch needs to fight next is Brendan Allen (15-4). First and foremost, this fight was supposed to happen multiple times and it kept falling through. These two are not fans of each other and this fight needs to happen.

Not too mention the fact that these two are fringe top fifteen middleweights in the UFC. Both are coming off of a loss and it’s the perfect time to make this fight. I know they’ve tried it a few times, but the promotion needs to put this one together again.