After knockout loss at UFC San Diego, what’s next for Dominick Cruz? 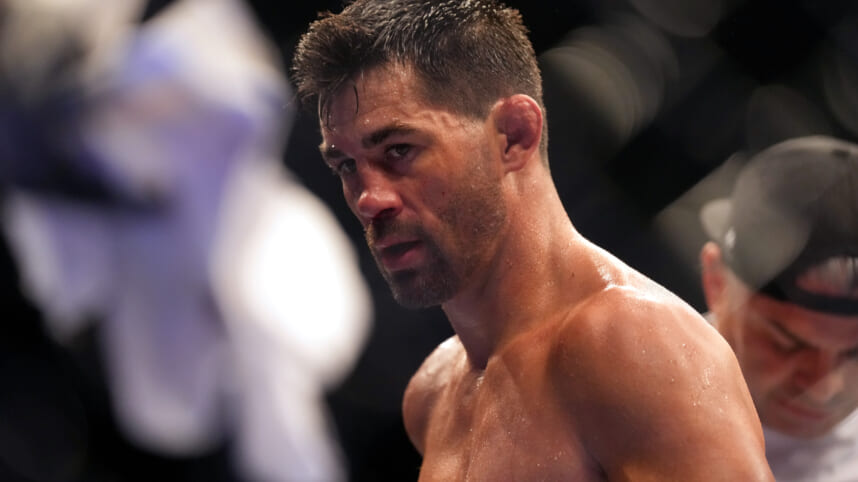 This past weekend in the headliner of UFC San Diego, a legend and former champion made his return. Dominick Cruz (24-4) was looking to show the world that he could once again become a champion as he took on surging top contender Marlon “Chito” Vera (22-7-1).

For Cruz, he was coming into this fight having won back-to-back fights. While he had won two straight, he still didn’t look like the old Cruz to me in those fights. However, he came out on Saturday night with a point to prove and he did just that.

Vera was able to drop Cruz in the first round and you could tell that Chito had the huge power advantage. He showed that off in the third round when he dropped Cruz with a clean 1-2. The former UFC champion was still holding his own, but the tide was slightly turning in the third.

Feeling that momentum switch, Cruz came out hot in the fourth. He was landing good shots once again and personally, I had him winning the fourth round. However, upon exiting one of his blitz combinations, Cruz was caught with a flush kick to the nose that ended his night. The former UFC champion hit the floor and the fight was called.

What’s next after UFC San Diego?

This is going to be a really tough one for Dominick Cruz to swallow. On one hand, it was clearly the best he had looked in the last few years to me. If this fight was on a PPV main card instead of a Fight Night headliner, Cruz would’ve won after clearly winning the first two rounds.

While I think that could be a possibility, I think that Cruz should hang around. Yes, he lost, but if anything, he showed he can still hang at UFC San Diego. Let’s say he does hang around, what should the promotion do with him next?

Well, I think the UFC should book Cruz against Frankie Edgar. Yes, Frankie Edgar is wanting his retirement fight in November at MSG and that might not be a possibility for Cruz, but they should really try to make it happen.

Given where both men are, it’s the perfect fight to make. Two legends of the sport in a matchup that fight fans always wanted to see. If I’m running things, this is what I’m trying to book.