After huge knockout win at UFC San Diego, what’s next for Chito Vera? 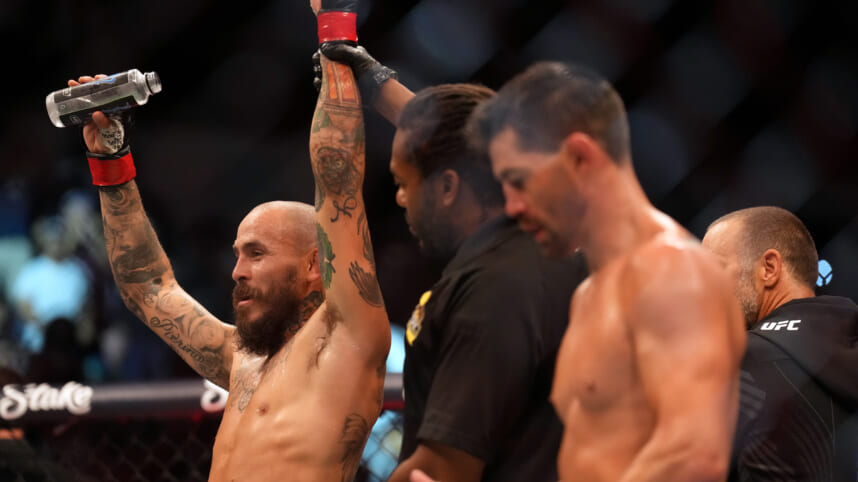 This past weekend at UFC San Diego, we saw a pivotal matchup in the bantamweight division. Former champion Dominick Cruz (24-4) was having a homecoming in San Diego as he was taking on the surging top contender Marlon “Chito” Vera (22-7-1).

This fight was designed to tell us a lot about both men. For Cruz, it was about whether or not the former UFC champion still had it. For Chito Vera, we were trying to see if he was ready to take that step into title contention. In a way, we saw both of those things play out.

Dominick Cruz started out hot on Saturday. His movement and lightning quick combination allowed him to get out in front of Chito Vera. All three judges gave the first two rounds to Cruz. However, Vera started finding his shots in the middle rounds.

In the third round, Vera had his best round of the fight and was able to hurt Cruz. He won the round and felt like he had momentum entering the fourth. All three judges had the fight 29-28 entering the championship rounds. Had it been on a PPV main card, Cruz would’ve gotten the win.

However, this was a main event and a great spot for Chito Vera to show UFC fans what he was all about. Cruz was having a solid fourth round. Then, out of no where, Vera landed a smashing kick to the nose that knocked Cruz out. A devastating finish and a massive statement for Chito.

What’s next after UFC San Diego?

Chito Vera has now won four fights in a row. During that winning streak, he’s scored highlight reel knockouts over legends Frankie Edgar and now Dominick Cruz. He showed on Saturday night that he’s getting very close to being up for a title shot.

That being said, he’s in a tricky spot. At UFC 280 the bantamweight title is on the line as Aljamain Sterling will defend against TJ Dillashaw. On the main card of that fight, Sean O’Malley will take on former bantamweight champion Petr Yan.

That is the fight that Vera needs to be focused on. You might ask why he wouldn’t focus on the UFC title fight? Well, this upcoming weekend, Jose Aldo will be fighting Merab Dvalishvili. If Aldo gets the win this Saturday, he’s going to be ahead of Vera in terms of the next title shot. In fact, I guarantee Aldo fights for the UFC title next if he wins on Saturday.

Chito Vera will need one more fight and I think the UFC 280 clash is perfect for him. On one hand, he can run things back with Sean O’Malley after their first fight left fans wanting more. Or, he can take on Petr Yan and there’s already been a little bad blood there. Either way, it’s a great scenario for Chito Vera to be in and one he should take full advantage of.