After his win at UFC Vegas 63, what’s next for Arnold Allen? 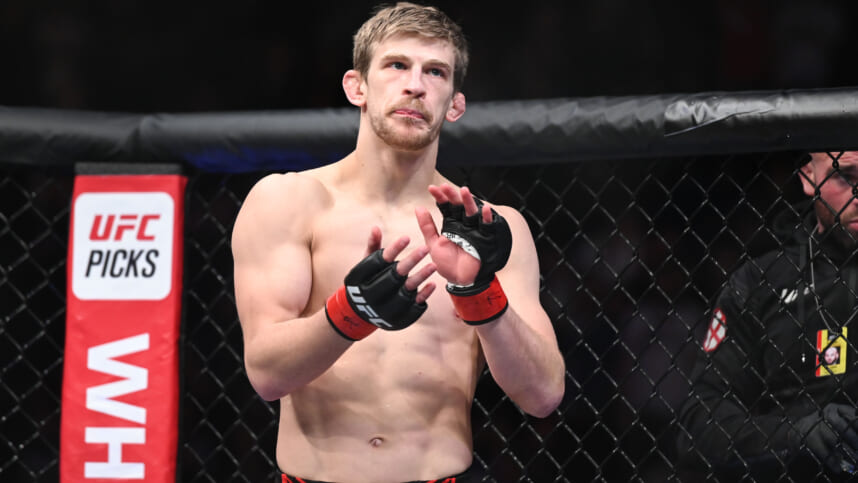 This past Saturday in the headliner of UFC Vegas 63, we saw a big time matchup in the featherweight division. Top six contenders battled it out as Arnold Allen (19-1) was taking on one of the toughest guys in the division in Calvin Kattar (23-7).

This was a fight that people had been really excited to see. Both men are two of the more exciting featherweights in the division and many were wondering how Arnold Allen would fair against a guy like Calvin Kattar.

After a brief feeling out period in the first round, you could see why folks were excited for this fight. Both men had big moments and at one point, Allen unleashed a big time combination against the fence. Then, Calvin Kattar went for a flying knee and that’s when things took a turn.

Kattar immediately fell after he missed with the knee while holding his knee. It appeared that he injured himself near the end of the round. In between rounds the doctor asked him if he could fight and he said yes. Then, Allen kicked his opposite leg to start the second and Kattar crumbled holding his knee. The fight ended with Allen picking up the injury TKO at UFC Vegas 63.

What’s next after UFC Vegas 63?

This was certainly not the way that Arnold Allen wanted to earn the biggest win of his career. He was doing great and nobody should take that away from him, but if you ask Arnold Allen, I’m sure he’d tell you that he wanted a clean victory at UFC Vegas 63.

Nevertheless, it goes down as a win and now Allen has moved to a perfect 10-0 in the UFC. So, who should he face next? Well, whoever he faces, with another win he should be contending for the featherweight title.

Now, there are some options out there. With Alexander Volkanovski seemingly gearing up to challenge for the lightweight title, there’s a chance for an interim title at 145. If the promotion is interested in having Allen fight for that, Josh Emmett would be the opponent.

Emmett is on a very impressive winning streak and is the next likely challenger for the title. Yair Rodriguez is also a possibility for that shot so he could be another potential opponent for Allen. We haven’t heard much in terms of what’s next for Max Holloway so perhaps Holloway could be the opponent.

You get what I’m saying. Anyone in that top three to four should be considered for Allen.