After first round knockout at UFC Vegas 28, what’s next for Jairzinho Rozenstruik? 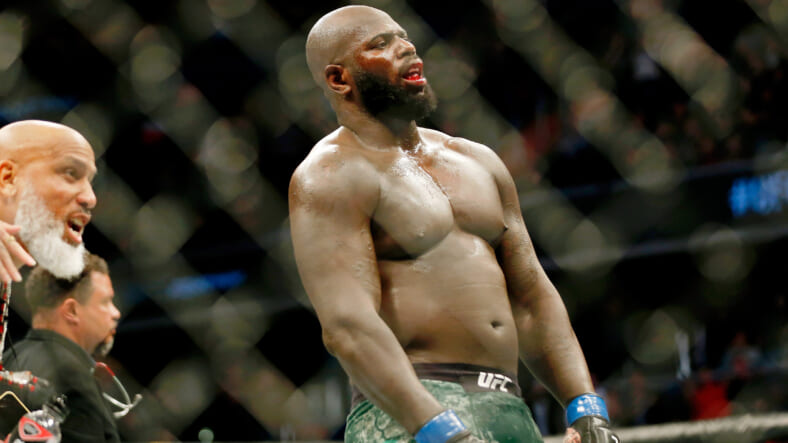 Entering UFC Vegas 28, Jairzinho Rozenstruik (12-2) was facing a bit of a crossroads. Just over a year ago, Rozenstruik was undefeated and he looked like he was knocking on the door of a potential UFC title shot.

However, he lost by knockout to the current champion Francis Ngannou. After a win against Junior Dos Santos, Rozenstruik was outpointed by Ciryl Gane earlier this year. This fight against Augusto Sakai (15-3-1) was a fight that he needed to win.

If Bigi Boy wanted to remain in the conversation of top UFC heavyweights, he had to defeat Augusto Sakai. Sakai on the other hand was looking to bounce back from his first UFC loss so this was a big fight for him.

The problem with Rozenstruik has been his aggressiveness. When he fought Ciryl Gane, he fought so passive that he virtually landed nothing over the course of five rounds. It didn’t win him any fans in the UFC.

We needed to see an aggressive Jairzinho Rozenstruik on Saturday and that’s what we got. At UFC Vegas 28, Rozenstruik immediately took the center and pressured Sakai. With seconds left in the first round, Rozenstruik landed a shot to the temple and Sakai went crashing down. Rozenstruik picked up the massive first round TKO finish.

After the fight was over, Rozenstruik was asked what he wanted in his next UFC appearance. There was one name that Rozenstruik wanted and it’s a fight that makes a ton of sense given the current landscape of the heavyweight division.

In his next fight, Rozenstruik said he wanted to fight Curtis Blaydes (14-3, 1 NC). Blaydes last fought in February when he was knocked out by Derrick Lewis. Outside of Lewis, Blaydes has only lost to the current UFC heavyweight champion.

Blaydes is considered one of the best heavyweights in the division and definitely one of the best wrestlers. It would be a really tough matchup for Rozenstruik, but I really respect that he wants to fight the guy who makes the most sense from a rankings perspective. Honestly, this is the route the UFC should go next.