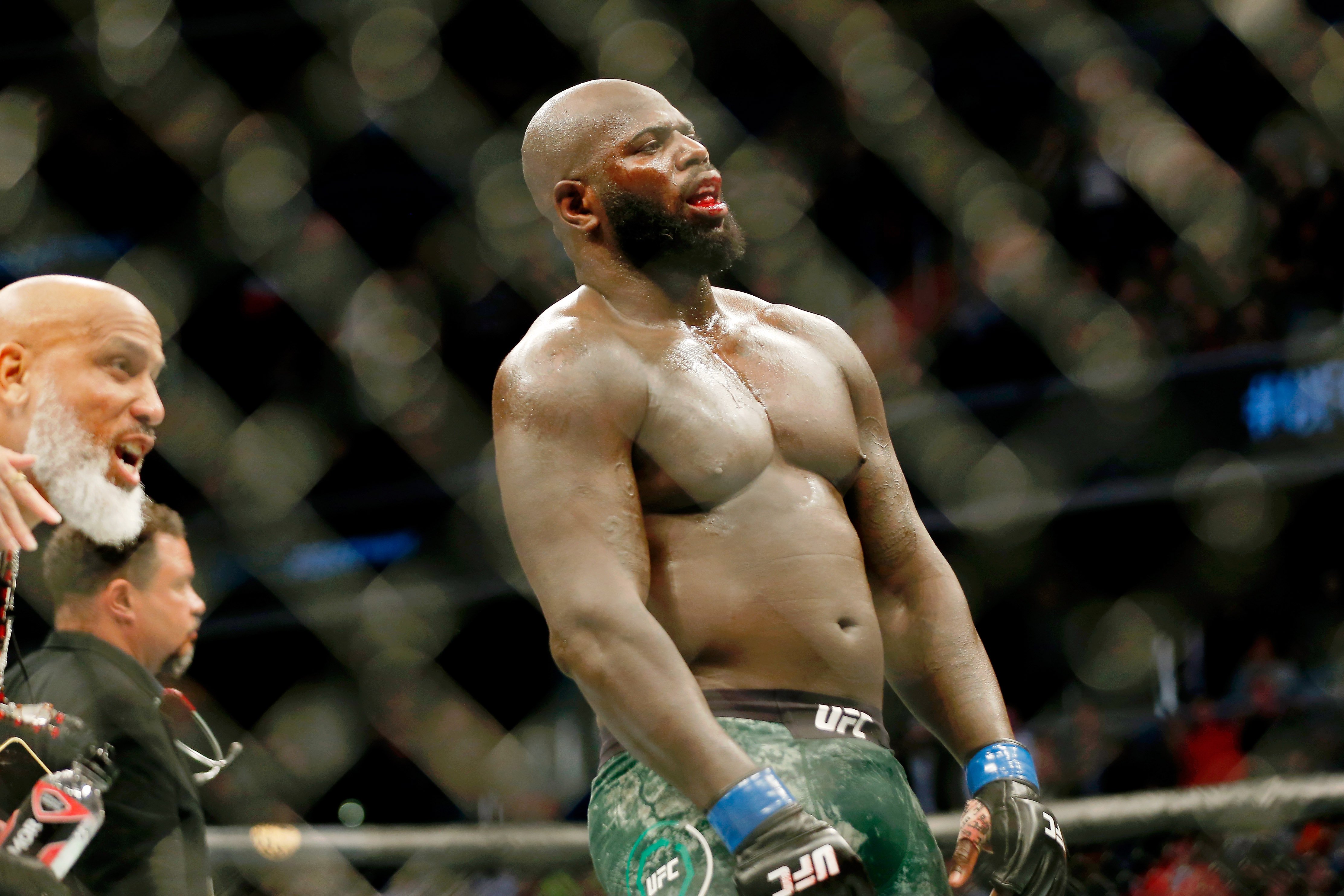 Entering UFC Vegas 28, Jairzinho Rozenstruik (12-2) was facing a bit of a crossroads. Just over a year ago, Rozenstruik was undefeated and he looked like he was knocking on the door of a potential UFC title shot.

However, he lost by knockout to the current champion Francis Ngannou. After a win against Junior Dos Santos, Rozenstruik was outpointed by Ciryl Gane earlier this year. This fight against Augusto Sakai (15-3-1) was a fight that he needed to win.

If Bigi Boy wanted to remain in the conversation of top UFC heavyweights, he had to defeat Augusto Sakai. Sakai on the other hand was looking to bounce back from his first UFC loss so this was a big fight for him.

The problem with Rozenstruik has been his aggressiveness. When he fought Ciryl Gane, he fought so passive that he virtually landed nothing over the course of five rounds. It didn’t win him any fans in the UFC.

We needed to see an aggressive Jairzinho Rozenstruik on Saturday and that’s what we got. At UFC Vegas 28, Rozenstruik immediately took the center and pressured Sakai. With seconds left in the first round, Rozenstruik landed a shot to the temple and Sakai went crashing down. Rozenstruik picked up the massive first round TKO finish.

After the fight was over, Rozenstruik was asked what he wanted in his next UFC appearance. There was one name that Rozenstruik wanted and it’s a fight that makes a ton of sense given the current landscape of the heavyweight division.

In his next fight, Rozenstruik said he wanted to fight Curtis Blaydes (14-3, 1 NC). Blaydes last fought in February when he was knocked out by Derrick Lewis. Outside of Lewis, Blaydes has only lost to the current UFC heavyweight champion.

Blaydes is considered one of the best heavyweights in the division and definitely one of the best wrestlers. It would be a really tough matchup for Rozenstruik, but I really respect that he wants to fight the guy who makes the most sense from a rankings perspective. Honestly, this is the route the UFC should go next.

Two top ten heavyweights battled it out in the UFC Vegas 28 main event tonight. Sixth ranked Jairzinho Rozenstruik (11-2) took on Augusto Sakai (15-2-1) as both men looked to bounce back.

A lot has changed for Jairzinho Rozenstruik in the last 13 months. 13 months ago, Rozenstruik was booked against Francis Ngannou at UFC 249. Bigi Boy was undefeated entering that fight and he looked like he was knocking on the door of a UFC title shot.

Rozenstruik put on one of the worst performances imaginable in getting shut out in the UFC main event. There was no urgency from the heavyweight striker and he proceeded to get outpointed for five rounds. Tonight was an opportunity for Bigi Boy to redeem himself in another main event.

Standing across from him was Augusto Sakai. Sakai last fought in September when he was stopped by Alistair Overeem. That loss was his first in the UFC and it snapped a six-fight winning streak. Sakai was looking to avoid a second straight loss tonight.

The UFC Vegas 28 main event kicked off with a touch of the gloves. Sakai circled on the outside as Rozenstruik immediately took the center and both men exchanged kicks to start the striking. Nice low kick and jab lands for Rozenstruik.

Both men appeared to just be gauging the range in the first 90 seconds. Sakai throws a calf kick as he continues to circle on the outside. Another kick lands for Sakai and Rozenstruik counters with a nice straight to the body.

Nice jab lands for Rozenstruik. Sakai throws a good kick to the body as he continues to circle. Rozenstruik pushes Sakai against the fence and rips a combination. Sakai circles out and escapes.

Rozenstruik again pushes and lands a left hook and right straight to the temple. Sakai crashes to the canvas and Rozenstruik follows up with a couple of shots and this one is over. Massive knockout win at UFC Vegas 28 for Jairzinho Rozenstruik.

Tomorrow night, two top ten heavyweights will battle it out in the UFC Vegas 28 main event. Sixth ranked Jairzinho Rozenstruik (11-2) takes on Augusto Sakai (15-2-1) as both men look to bounce back.

A lot has changed for Jairzinho Rozenstruik in the last 13 months. 13 months ago, Rozenstruik was booked against Francis Ngannou at UFC 249. Bigi Boy was undefeated and he looked like he was knocking on the door of a UFC title shot.

Rozenstruik put on one of the worst performances imaginable in getting shut out in the UFC main event. There was no urgency from the heavyweight striker and he proceeded to get outpointed for five rounds. Tomorrow night he’s look to bounce back and redeem himself a bit.

Standing across from him is Augusto Sakai. Sakai last fought in September when he was stopped by Alistair Overeem. That loss snapped a six-fight winning streak including Sakai going 4-0 to start his UFC career. Sakai will look to avoid back-to-back losses tomorrow night.

When it comes to the UFC Vegas 28 main event, I have to say I’m a bit torn on my thoughts. On one hand, I love the pure striking ability of Jairzinho Rozenstruik. When it comes to pure technique and striking experience, he’s almost unmatched at heavyweight.

However, I really love the urgency that Sakai fights with. Sakai has decent technique, but he puts on a great pace for a heavyweight and he will likely be the busier fighter tomorrow night. If this fight goes the distance, I really think Sakai might be the favorite on activity alone.

However, I’m not willing to give up on Rozenstruik just yet. I think his loss to Ngannou at UFC 249 really messed with him. We’ve seen him incredibly tentative since, but I think tomorrow we will see a sharp and motivated Rozenstruik. While Sakai will have his moments, I think Bigi Boy will find a shot in the middle rounds that gives him the win.

Prediction: Jairzinho Rozenstruik by TKO – Round 3 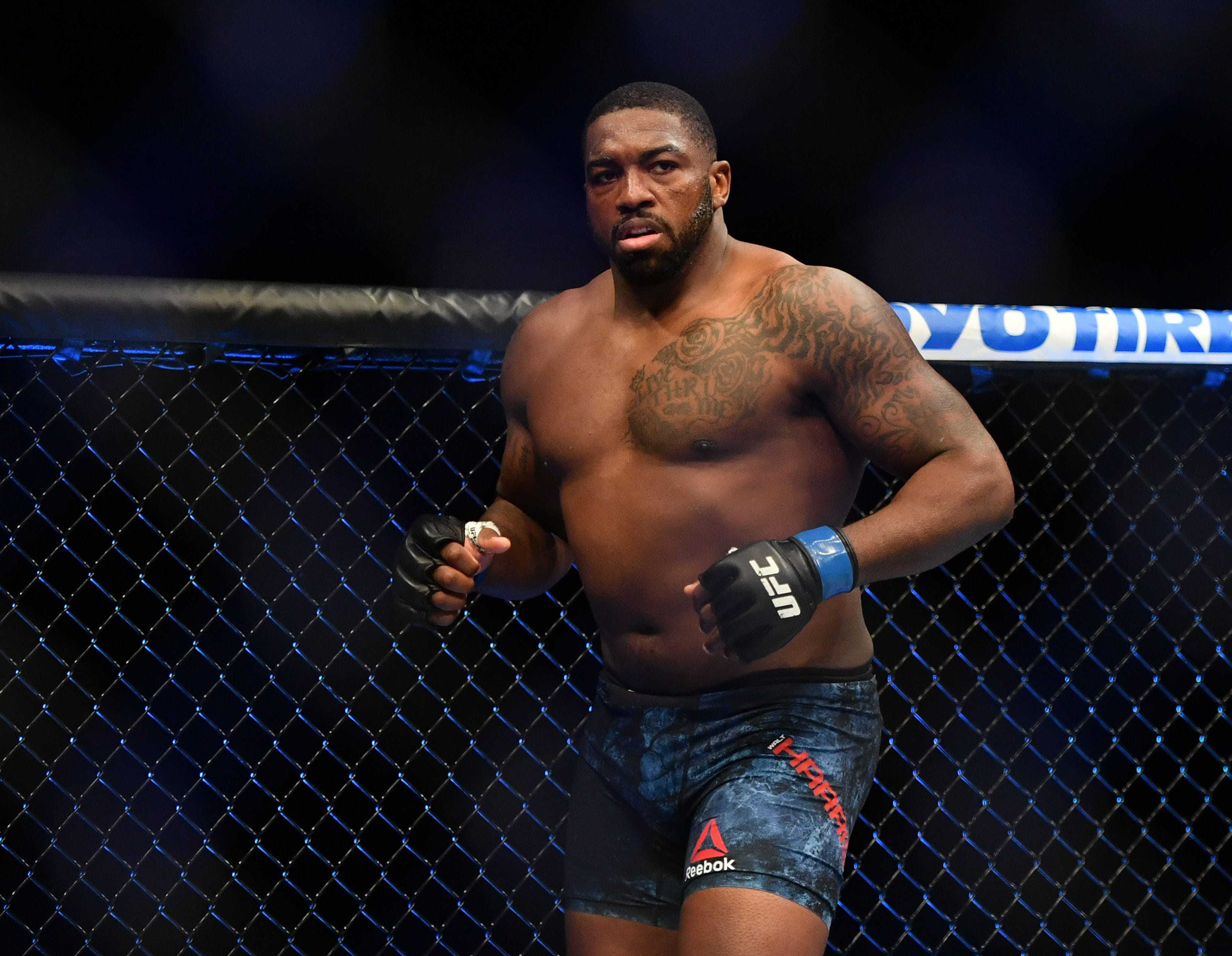