After falling short at UFC Vegas 60, what’s next for Song Yadong? 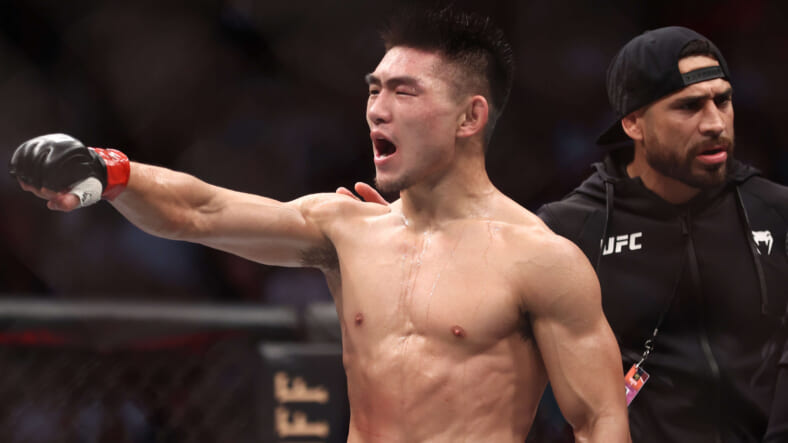 This past Saturday in the headliner of UFC Vegas 60, we saw a pivotal matchup in the bantamweight division. Former interim title challenger Cory Sandhagen (15-4) was taking on the surging top contender Song Yadong (19-7-1).

Both men were looking to show that they are close to a title shot with this fight. For Song Yadong, he was looking to prove that he can take out the upper echelon of the bantamweight division. He entered this headliner coming off a knockout over Marlon Moraes, but Sandhagen is a different animal.

That being said, I was really impressed with what I saw from Song in the opening round. He was steady on his pressure and his power shots really seemed to have an impact on Sandhagen. There was a clear power advantage for Song in this fight.

However, Sandhagen was the one doing the most damage in terms of cuts. Sandhagen stepped in with beautiful elbow that sliced open the eye of Song. Song fought through it through the fourth round, but the cut opened up too much for the doctor’s liking.

He looked great in spots, but ultimately took too much damage. Song showed he’s ready for top competition, but he couldn’t get the nod at UFC Vegas 60.

What’s next after UFC Vegas 60?

Again, Song Yadong is a very promising contender at 135 pounds. One thing worth noting is that Song is only 24 years old despite having more professional experience than a majority of top bantamweight contenders.

The future looks very bright for Song. So, coming off this loss, who should the UFC pair him with? Well, I think the best option would be pairing him up against a guy like Rob Font. Font was perhaps only a win away from a title shot within a year ago.

His stock has fallen a little after a couple of losses, but the losses came against some of the best guys in the world. Font is still an excellent challenge for Song and it’s a fight that makes sense given the layout of the bantamweight division.