After falling at UFC 277, what’s next for Julianna Pena? 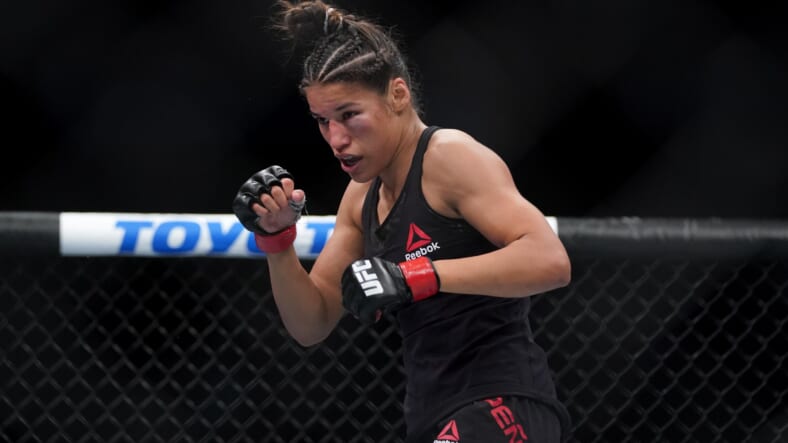 This past Saturday in the main event of UFC 277, Julianna Pena (11-5) was trying to show the world that December was no fluke. She was looking to defend her bantamweight title against former champion Amanda Nunes (22-5).

In the first fight, Pena broke Nunes in the second round. She put a pace on the former champion and showed that she wasn’t intimidated. A combination of Pena’s will/toughness and Nunes’ disregard for Pena led to Pena’s second round finish.

She was expecting UFC 277 to go the same way. However, Nunes threw her a curveball right off the opening bell. Nunes came out southpaw and you could tell that this confused Pena. This really hurt her in the first couple of rounds.

From that stance, Nunes was able to land big counter rights and dropped Pena three times. She wobbled her a number of different times. In the later rounds when Pena wanted to come on, Nunes switched to her wrestling and dominated. Pena was game, but she lost a one-sided fight at UFC 277.

On one hand, Pena has an argument for an immediate rematch. Unlike Nunes, she finished her fight between the two. She has that on the current UFC champion, however, Nunes’ performance was so much more dominant than Pena’s.

They’ve essentially fought seven rounds with Nunes comfortably winning six of those rounds. Yes, she can argue for an immediate rematch, but I don’t think the UFC will go in that direction. To me, she’ll need one win before she gets another shot.

So, who could she face next? Well, that will come down to whoever the UFC books against Amanda Nunes next. If Ketlen Vieira gets the shot at Nunes, I like the idea of pairing up Julianna Pena and Holly Holm.

However, if Valentina Shevchenko comes up and fights Nunes, I like the idea of Pena taking on Vieira. Either way, I think Pena is only one win away from getting another crack at the UFC gold that she once held.