After coming up short at UFC Vegas 62, what’s next for Viviane Araujo? 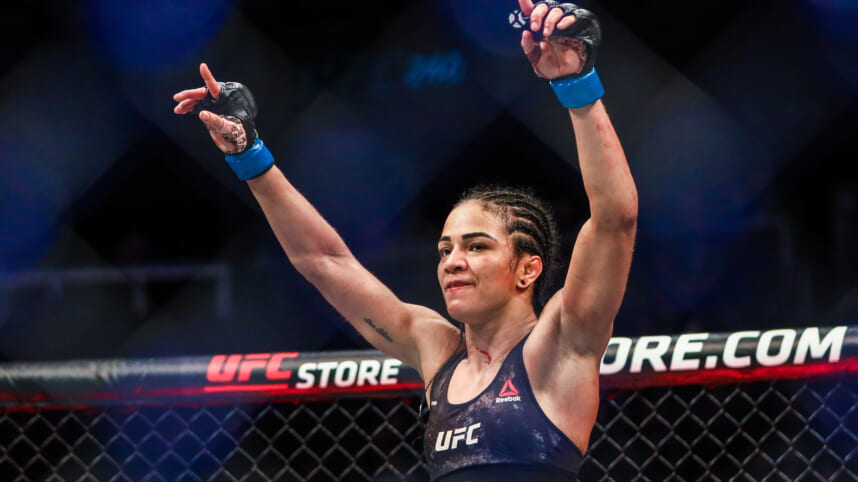 This past Saturday in the headliner of UFC Vegas 62, we saw a pivotal battle in the women’s flyweight division. Given how shallow the division is with fresh challengers, there was potential title implications on the line in this one.

Fifth ranked Alexa Grasso (15-3) took on sixth ranked Viviane Araujo (11-4). Thus far in her UFC career, Araujo had only lost to Katlyn Chookagian and Jessica Eye. Two former title challengers. She feels like a contender that’s just on the cusp of being a real title challenger.

However, she needed to get a win over a top five opponent and she had her shot. One thing that was going to be important for Araujo in this fight was to get takedowns. She did try for takedowns throughout the fight, but most of the time she was unsuccessful.

Whenever she did get Grasso down, Araujo couldn’t keep her down. With that said, the fight took place on the feet. Araujo did a great job of fighting with a lot of pressure. However, her volume wasn’t where it needed to be and a lot of the time she was striking out of range.

Her striking looked really good. However, Alexa Grasso was just a step ahead on the feet. After five rounds they went to the scorecards. The fight was much closer than the cards would suggest but it was a near five-round sweep for Alexa Grasso.

I will say that Viviane Araujo continues to show that she’s a top ten contender in the women’s flyweight division. Alexa Grasso is clearly one of the best in the world and Viviane Araujo made it a close fight regardless of what the scorecards said.

That being said, if Araujo wants to become a UFC champion, she’s going to need to get over the hump with top level competition. In her next fight, I’m expecting a slight step back to reset. In looking at the rankings, there are a few fighters that make sense.

However, there’s one fight that jumps out to me. I really like the idea of Araujo taking on Maycee Barber. Barber has now won three in a row to establish herself back around the top ten. She still has some name recognition and I think both would benefit from fighting each other.