After coming up short at UFC Vegas 20, what’s next for Jimmie Rivera? 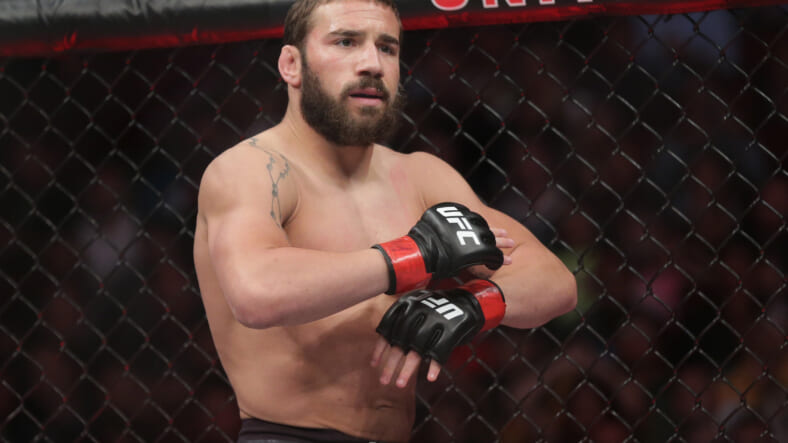 This past Saturday at UFC Vegas 20, Jimmie Rivera (23-5) and Pedro Munhoz (19-5, 1 NC) went to battle for the second time. The two men had previously fought back in 2015 with Jimmie Rivera edging out a split decision victory.

It was apparent from the opening bell that this fight would go a little differently. Like the first fight, this fight was very competitive. However, from the first round at UFC Vegas 20, Pedro Munhoz had the advantage.

Rivera was able to land some big punches early on, but Munhoz was doing serious damage with calf kicks. By the end of the first round, Rivera was walking with a limp and was trying to disguise how badly he was hurt.

From that moment on, Rivera couldn’t get any momentum going. Munhoz seemed to be getting the better of the exchanges due to the fact that Rivera couldn’t plant down on his shots.

In the final round at UFC Vegas 20, Jimmie Rivera did go for it. He was swinging with everything he had trying to get the finish he needed, but it wasn’t enough. In the end, Pedro Munhoz walked away with a unanimous decision victory.

Jimmie Rivera started his UFC career at 5-0. At that point in his career, he was 21-1 heading into a matchup against Marlon Moraes. Since that matchup, Jimmie Rivera is just 2-4 in six matchups.

However, it is worth noting that all four of the losses came against guys who are inside the UFC’s top eight at bantamweight. Rivera has only lost to some of the elites in the division so it’s not time to write off El Terror just yet.

With the loss, I think you need to look down in the divisional rankings for his next matchup. One fight I would be interested in is seeing Rivera take on Chito Vera (16-7-1). Vera has looked great over the last couple of years and he’s 15th in the division.

He’s coming off of a loss as well so the timing makes sense. Another potential matchup could be Rivera against Merab Dvalishvili (12-4). Merab has won five in a row and he’s currently ranked 12th. From a rankings perspective, this could be the angle the UFC goes with.