After bouncing back at UFC 264, what’s next for Gilbert Burns? 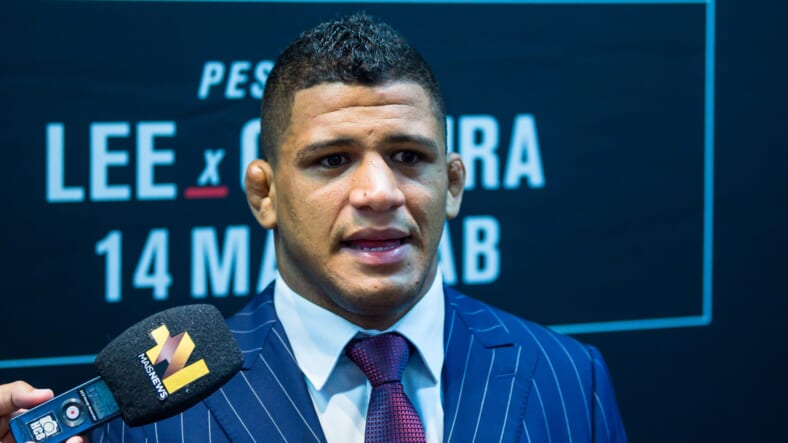 This past Saturday in the co-main event of UFC 264 we saw a crucial matchup in the welterweight division. Former title challengers went head-to-head as Gilbert Burns (20-4) took on Stephen “Wonderboy” Thompson (16-5-1).

A big question going into UFC 264 is would Gilbert Burns be able to take down Wonderboy. Wonderboy’s striking and unique style was set to give Burns problems on the feet and I figured if the fight stayed at range, Wonderboy would pick up the win.

When the fight was at range, that’s exactly what happened. Wonderboy got the better of the striking, however, he didn’t win the fight. Gilbert Burns did a fantastic job of using his wrestling in the first and third rounds.

While Wonderboy had his moments, Burns was able to take Wonderboy down and hold him there at UFC 264. Burns became the first man to really control Wonderboy in the manner that he did which was incredibly impressive.

There were a lot of boos at UFC 264 and the fight certainly wasn’t sexy for the fans, but it was a big moment for Burns. Burns bounced back from his failed attempt to capture the title and solved one of the most difficult puzzles in the welterweight division.

After the fight was over, Burns took to the microphone to make a callout. There were three names on the mind of Gilbert Burns after his victory on Saturday night. Those three names were Jorge Masvidal (35-15), Nate Diaz (20-13), and Leon Edwards (19-3, 1 NC).

I think it’s a safe assumption that we can throw out Nate Diaz as an option here. With that, I think we’re looking at the UFC potentially booking Burns against either Masvidal or Leon Edwards.

With Burns coming off of a win, it would make the most sense to have him fight Leon Edwards and perhaps pair Wonderboy with Masvidal. However, what could throw a wrench into everything is if the UFC books Masvidal against Leon Edwards which has been discussed internally.

If the promotion goes in that direction, we would then look at the Michael Chiesa (18-4) – Vicente Luque (20-7-1) fight which takes place next month. Luque and Burns are best friends and training partners. If Chiesa wins next month, perhaps Burns takes on Chiesa in a title eliminator. Many options currently out there for Durinho.