After big win over Mateusz Gamrot at UFC 280, what’s next for Beneil Dariush? 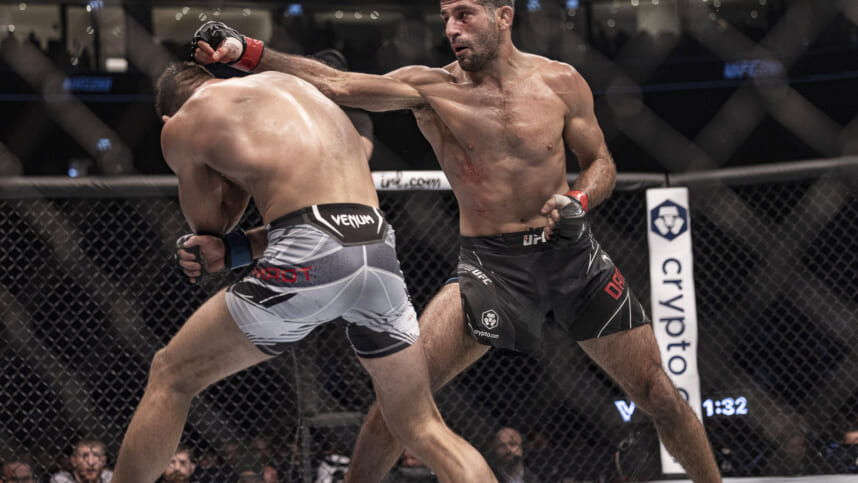 On the main card of UFC 280, we saw a pivotal lightweight matchup. In this matchup we saw Beneil Dariush (22-4-1) look to continue his impressive winning streak as he took on decorated grappler Mateusz Gamrot (21-2).

Now, Dariush is also known for his grappling ability. When two men are known for their grappling, it usually translates to a stand up fight. That’s mainly what we saw on Saturday. Dariush was able to beautifully defend takedowns over the course of three rounds.

Now, Gamrot did have some success in the first round which ultimately won him the round. However, after that, Dariush stuffed him all fight. When they were standing, Dariush was landing the much bigger shots. From leg kicks that completely would turn Gamrot around to a huge left that dropped him in the third.

Dariush was in control of the striking and he proved just how good he is. Ultimately, he won a unanimous decision which earned him his eighth straight victory.

If the UFC didn’t have Alexander Volkanovski in the crowd to face off with Islam Makhachev after the main event, I would say that Dariush would be next for the title. Dana White really wanted to book Dariush against Makhachev, but opted ultimately to give Makhachev the title shot.

Dariush took the fight with Gamrot and once again got the win. He’s in a really tough spot considering he deserves a title shot yet he’s not going to get one. So, what should he do next? To me, there are a couple of options.

If he wants to take on someone coming off a win, I would point to the Dustin Poirier – Michael Chandler bout next month. Whoever wins that one would be perfect for Dariush. However, I would also point to former champion Charles Oliveira.

If both men can go, throw these two on the main card in Brazil. Volkanovski and Makhachev are fighting most likely in February so the winners would line up perfectly.