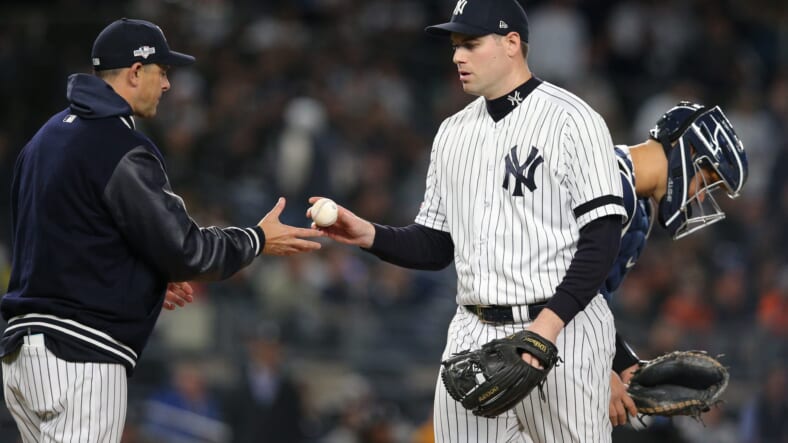 Adam Ottavino went from being one of the most dependable arms of the New York Yankees in the regular season to a seldom-used reliever who couldn’t find the strike zone in the American League Championship Series against the Astros last season.

As a result, Ottavino is currently trying to improve and is tinkering with his delivery. Fortunately, he has the will, the talent, the time, and the technological resources to use in order to achieve that goal. He wants to be consistently great.

He is currently with his family in his home outside New York City, trying to erase bad memories and create new, successful ones.

â€œYou know baseball is one of the things you can always be working on something and every time I play catch to try to do with a purpose and try to get incrementally better.â€

The Yankees need Ottavino and the super-bullpen

The New York Yankees still don’t know when they will take the field, as MLB hasn’t published an official date to start the season amid the ongoing coronavirus pandemic.

If the Yankees want to regain the crown that they haven’t been able to win since 2009, they will need Ottavino and the super-bullpen to come through.

The owner of a 1.90 regular-season ERA, the Yankees’ star signing prior to the 2019 season was having a terrific year. However, it all went south in the postseason. Yes, he pitched in eight of the Yankees’ nine games in October, but allowed three earned runs in 3.1 frames, with seven hits and three walks.

â€œThe good news is I canâ€™t be this bad forever,â€ Ottavino said last October after pitching to an 8.10 ERA and .389 batting average against in eight postseason games.