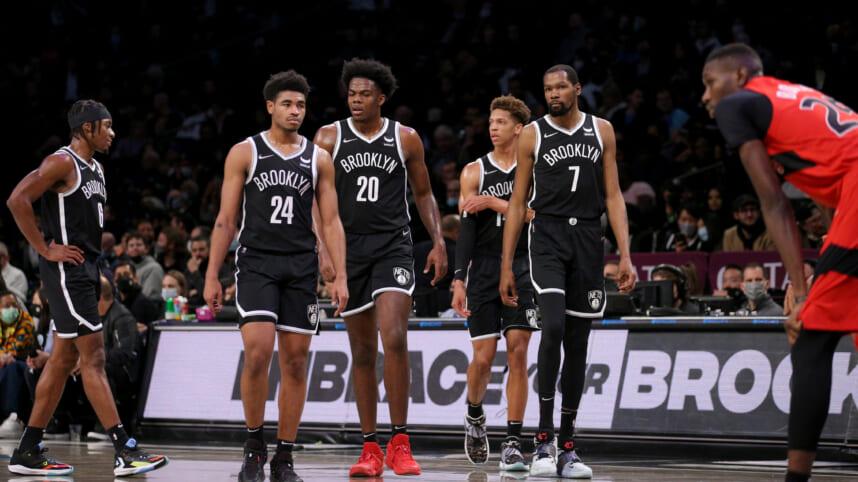 The move was a no-brainer as the two second-year players would provide much-needed depth for the Nets.

Cam Thomas, a microwave scorer, had put up double-figure scoring in three of the Nets’ preseason games. On the other hand, Sharpe was solid in their final two games averaging 13.0 points, 9.0 rebounds and 3.0 steals.

Thomas will come in handy for the Nets when they begin the season against the New Orleans Pelicans without Joe Harris (foot soreness) and Seth Curry (ankle injury) on Wednesday.

“We always messaged Cam about shot selection. On the other side, he’s a capable almost gifted passer. It’s just a matter of where his focus is at. We know Cam has been a primary scorer his whole life so for him, he’s been pushed to score. He’s been given the green light.”

Sharpe will back up Nic Claxton as the only other true center in the Nets’ roster. Ben Simmons will also man the slot in spurts when Claxton rests, but Sharpe showed he’s ready for a bigger role.

“Well, he had a great summer. I think he looks physically better. He really was great this summer. I think I’ve told you before we’ve worked really hard with the young guys … and DayDay took a step.

But [he’s a] 20-year-old guy, so we’ve got to also be patient and recognize two good preseason games does not mean he’s arrived. He’s got to be super-focused, diligent with his work and his prep and continue to take nothing for granted and see if he can continue to play well.”

Both Thomas and Sharpe are not expected to play major minutes. But their growth will have an impact on the Nets’ long-term plans.

The Nets have one of the best player development programs in the NBA. They have squeezed plenty of value out of their draft picks in recent years.

Thomas and Sharpe’s value contract would provide much-needed relief to Nets GM Sean Marks as he does financial gymnastics in roster-building during the Kevin Durant era amid their mounting luxury tax bill.