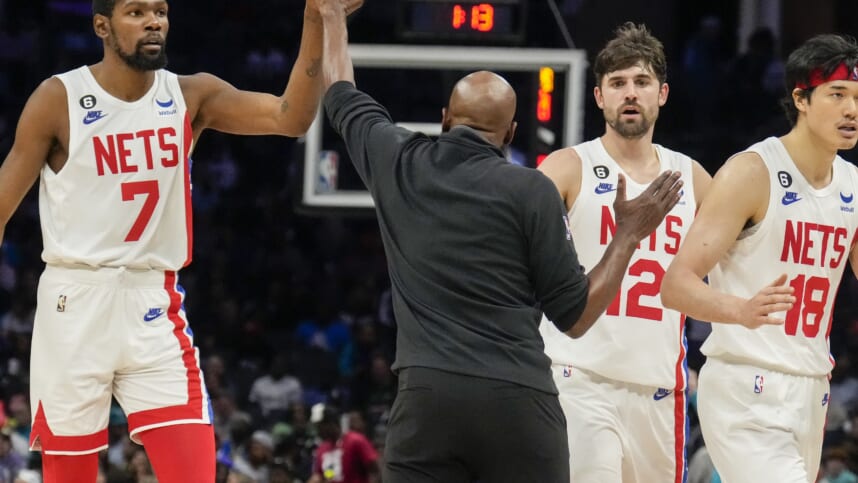 Brooklyn Nets superstar Kevin Durant was named NBA Eastern Conference Player of the Week after keeping the team afloat amid a turbulent week.

Durant found solace on the hard court after the Nets have taken hit after hit to start the season.

Ben Simmons got injured. Steve Nash was fired. Kyrie Irving was suspended for another controversy.

“A lot of guys have been through different things in this league before and a lot of guys been through some adversity off the court and having to lock back in and focus solely on the game, I think that we all get a little bit of solace in doing that. And just playing the game of basketball, being in that camaraderie, that fellowship with your teammates, I think that enabled us to get through this.”

‘There’s going to be more Peaks and valleys throughout the season but this is probably going to be the toughest thing we deal with as a group. But to know that we can get through this and continue to stick together, I think that’s important.”

The Nets have rallied around Durant and heeded interim coach Jacque Vaughn’s voice.

Durant is carrying another heavy load on his 34-year-old knees. Simmons’ return will be much welcomed, but he has yet to regain his All-Star form. With Irving’s uncertain future with the team, how long can Durant endure this burden?