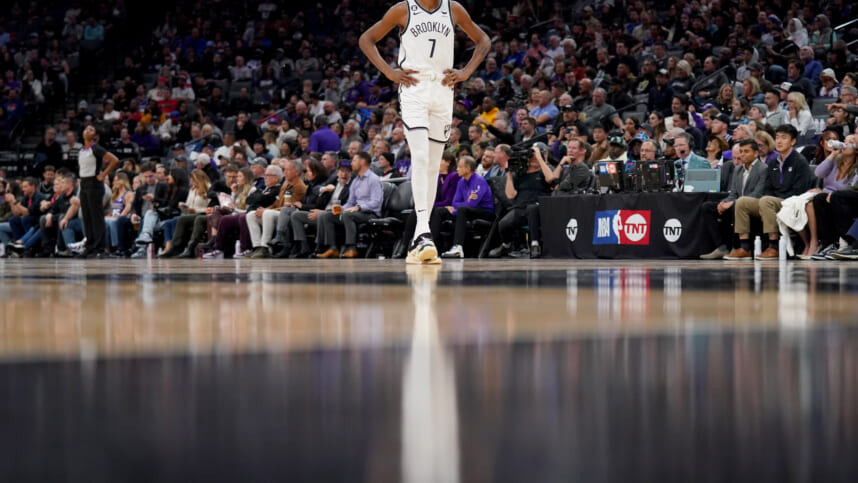 Brooklyn Nets superstar Kevin Durant seems resigned to his fate as he fades into the sunset with a mediocre supporting cast.

Unless a blockbuster trade can jettison him to an ideal situation to win, devoid of off-court drama and circus, Durant has to live with his decision to leave the Bay Area and join Kyrie Irving in Brooklyn instead of signing across the river in Manhattan in the summer of 2019.

In an explosive Bleacher Report story in the aftermath of a numbing 153-121 Brooklyn’s loss to the Sacramento Kings Tuesday night on the road, Durant threw former Nets coach Steve Nash under the bus and his unsuspecting supporting cast.

This was the type of s–t I was coming at them with. It wasn’t like, ‘Yo, y’all need to make sure everybody around me can make my life easier.’ Hell nah, I want to make everybody else’s life easier. Ask Steve Nash, you can go call him right now. I would say, ‘Yo, I need more closeout drills. We need to practice more.’ That’s what I was on.

I wasn’t feeling that, and nobody was on that same vibe with me. Jacque Vaughn is. I had some complaints in the summer, and my complaints were not about just me; it was about how we are moving as a unit. I want us to be respected out here in the basketball world. I don’t want players to look at us and say, ‘Oh man, these [expletive] are full of s–t. That’s not the type of team I want to be on.’ So when we’re all playing like s–t, you know the one person they’re going to look at. That’s why I requested a trade.”

Durant was encouraged by the Nets’ coaching change as Vaughn instilled defensive toughness, though it was absent in their last two road games.

He is making his best Michael Jordan impression as he extended his streak of 25-point-plus games to 14 in Tuesday night’s loss. Durant moved within two games of tying Jordan’s record of 16 straight games, which the greatest player of all time did as a 25-year-old rising star during the 1988-89 season.

Durant has no choice but to carry the Nets on his back, with Irving unavailable again due to another controversy and Ben Simmons in and out of the lineup, still searching for his lost All-Star form.

But how long can Durant’s 34-year-old knees withstand the constant heavy load?

“Look at our starting lineup. Edmond Sumner, Royce O’Neale, Joe Harris, [Nic] Claxton and me. It’s not disrespect, but what are you expecting from that group? You expect us to win because I’m out there. So if you’re watching from that lens, you’re expecting us to play well because No. 7 is out there.”

While he quickly added that he was enjoying every moment of the challenge of lifting the group and that his legacy is predicated on that instead of rings, it was a subtle cry for help and a message to the rest of the league to step up with their offers.

GM Sean Marks, who Durant lobbied for his ouster along with Nash in the summer, has his work cut out to maximize his aging superstar’s remaining title window.