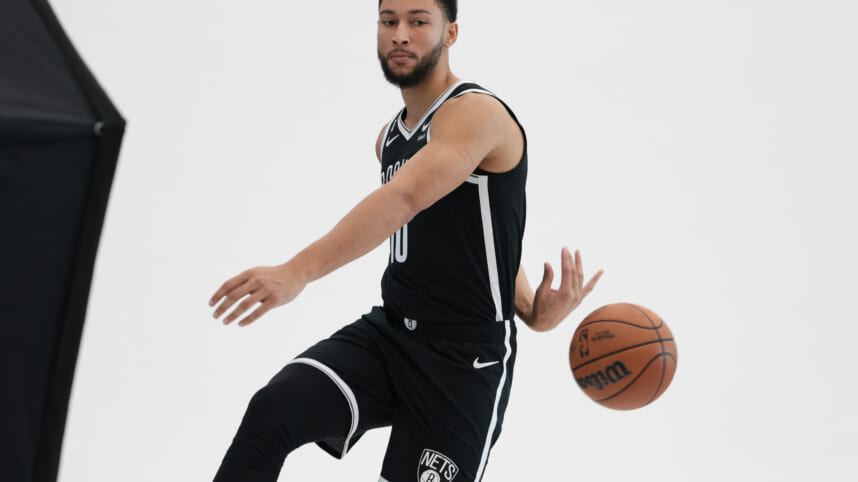 The long wait is over.

Ben Simmons will be back on NBA court Monday night after more than a year of absence as the Brooklyn Nets host their former star James Harden and the Philadelphia 76ers.

While it is just a preseason game, there will be heightened drama and tension in his much-anticipated Nets debut as he faces his old team for the first time since his messy exit from Philadelphia.

“Barring any setbacks between now and game time, we should have all the guys that have been participating available.”

Simmons was a full participant in the Nets training camp without any setback from his back injury and mental health issues. Seth Curry (left ankle) and TJ Warren (left foot) are the only players in the latest Nets’ injury report.

“Pretty sure I’m good to go. [It feels] amazing. I’m getting used to the up-and-down play, but I feel great. It’s good to be here with you guys.”

Simmons’ long-delayed debut will finally show a glimpse of the new-look Nets. Unlike Harden who can shoot the lights out, Simmons gives a different dimension to the Nets’ game with his length and athleticism on defense. On offense, Simmons figures to be a better fit next to Kevin Durant and Kyrie Irving and the Nets’ bevy of shooters.

While Simmons’ outside shot is suspect, his ability to create three-point opportunities for his teammates has been one of his strongest suits.

Brooklyn coach Steve Nash is looking forward to finally having Simmons at his disposal.

“It’s a lot of fun for me. I’m such a believer in his game. He’s such a dynamic, unique player, does so many things while on the basketball court. And he’s a great complement to our team. He makes his teammates better at both ends.

So just giving him the support and platform to return from the injury and then long layoff, and then allowing him to continually grow with our group. So, it’s very exciting.”

While there are no reported minute restrictions, Nash might want to go easy on Simmons despite showing up for the training camp in top condition.

“Naturally I’ve always been one of the guys who can get their fitness up pretty quickly, so that really wasn’t a worry for me,” Simmons said. “It’s the endurance of just playing five-on-five, getting hit up and down. But overall, I feel great.”

Simmons last played on June 20, 2021, his final game as a Sixer after the Atlanta Hawks eliminated them in the playoffs. Simmons played a subpar series, averaging just 9.9 points and passing up a wide-open dunk late in Game 7.

His former running mate, Joel Embiid, pointed to that play as the game’s turning point while Sixers coach Doc Rivers answered, “I don’t know the answer to that question right now,” when asked if Simmons could be a championship-level point guard.

The postgame remarks served as the final straw leading to Simmons demanding a trade. He sat out the entire season, even after a trade to the Nets for Harden, citing mental health issues, and later on, his back problems persisted.

Simmons believes the Nets could be champions if they get it all together. Monday night’s preseason game against his old team will be the first step.