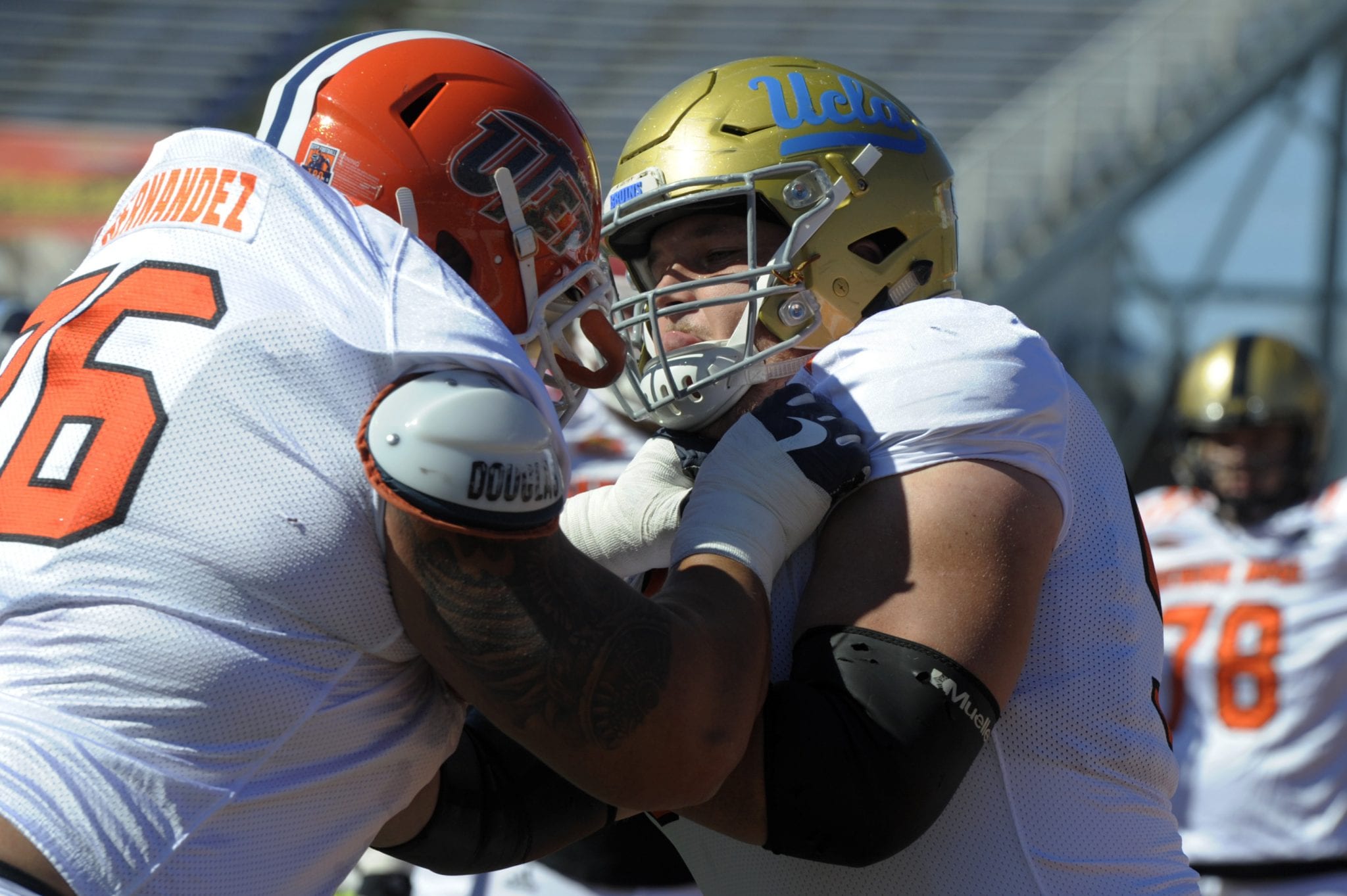 Offensive lineman of Texas-El Paso, Will Hernandez, is one of the more exciting prospects in this year’s NFL Draft. As the New York Giants look to continue to improve their offensive line, Hernandez is someone to consider early in the 2nd round.

Hernandez’s size, strength, and athletic ability are what make him so intriguing. In this years combine he put up 37 reps on the bench press, which was more than any other offensive linemen. He also posted more than respectable numbers in the 40-yard dash (5.15), 3-cone drill (7.59), and shuttle run (4.70).

Will Hernandez possesses outstanding upper body strength and impressive natural movement for his size. He is a quality run blocker and has quick feet to provide pass protection as well. Plays with aggression and finishes every play. He is a natural competitor and even joined boxing and powerlifting just for fun.

His height is less than desired for the position and has short arms and small hands. His aggressive demeanor to get off the ball sometimes gets him into trouble with his hand placement. Sometimes engages with the defender before his feet is underneath him. Still has some work to do in pass protection.

For comparison, Just Pugh also was on the smaller side but managed to become one of the best guards in the league.

Hernandez was a 4-year starter at UTEP and the most decorated offensive linemen in the school’s history. A good run blocker with the tools to improve in pass protection. What he lacks in height and length, he makes up for in strength and athletic ability. He should be a day one starter with a lot of upside and is likely a late first round or early second round pick. 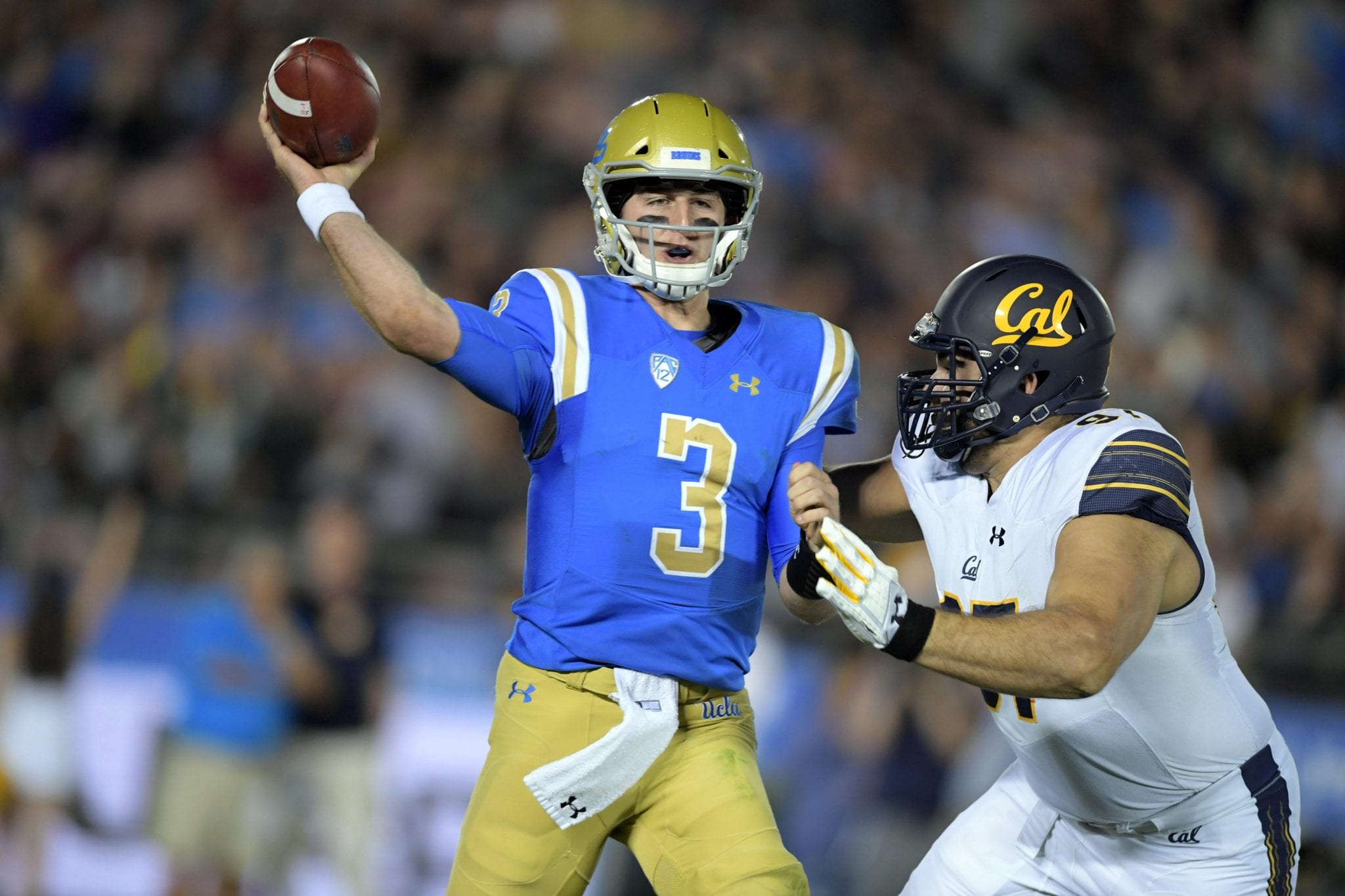 With the signing of former New England Patriots’ LT Nate Solder, the New York Giants are on the up-and-up when it comes to the offensive line. Ereck Flowers will no longer be putting Eli Manning’s health in jeopardy every five-seconds!

But, there’s a lot of work that remains to be done on the line, and this idea offers some security in the first round.

The Giants already acquire the second-overall pick in the second round of the NFL Draft, putting them in a great spot to grab a solid offensive lineman to go with their No. 2 overall pick.

Now, Notre Dame guard Quenton Nelson will certainly be off the board, but there are other prospects to choose from. In this scenario, we are going to take a look at UTEP guard Will Hernandez.

Hernandez is a bull of a lineman, yet he has small arms and hands, placing physical limitations on his abilities. But his love for the game and unparalleled work ethic is one of the most enticing things about him, and that could be enough for Dave Gettleman to move up in the draft to snag him.

NFL draft profiles have him going in the 1-2 rounds, making him a potential first-round pick. If the Giants want to land him and he’s heading towards the end of the first-round, they might want to consider trading into the first to grab him.

UTEP G Will Hernandez has better feet than I thoughthttps://t.co/yJRi2o6wwp

The Giants can potentially offer their remaining fourth-round pick to grab Hernandez. Now, this would only leave them with three picks in the draft, but it would be well worth the haul.

Gaining a starting guard and the value from whomever is picked at the No. 2 spot puts the Giants in great shape moving forward.

What’re your thoughts on this potential trade-up?

Imagine a haul including Saquon Barkley AND Will Hernandez… That would be one of the best drafts for the Giants in years.