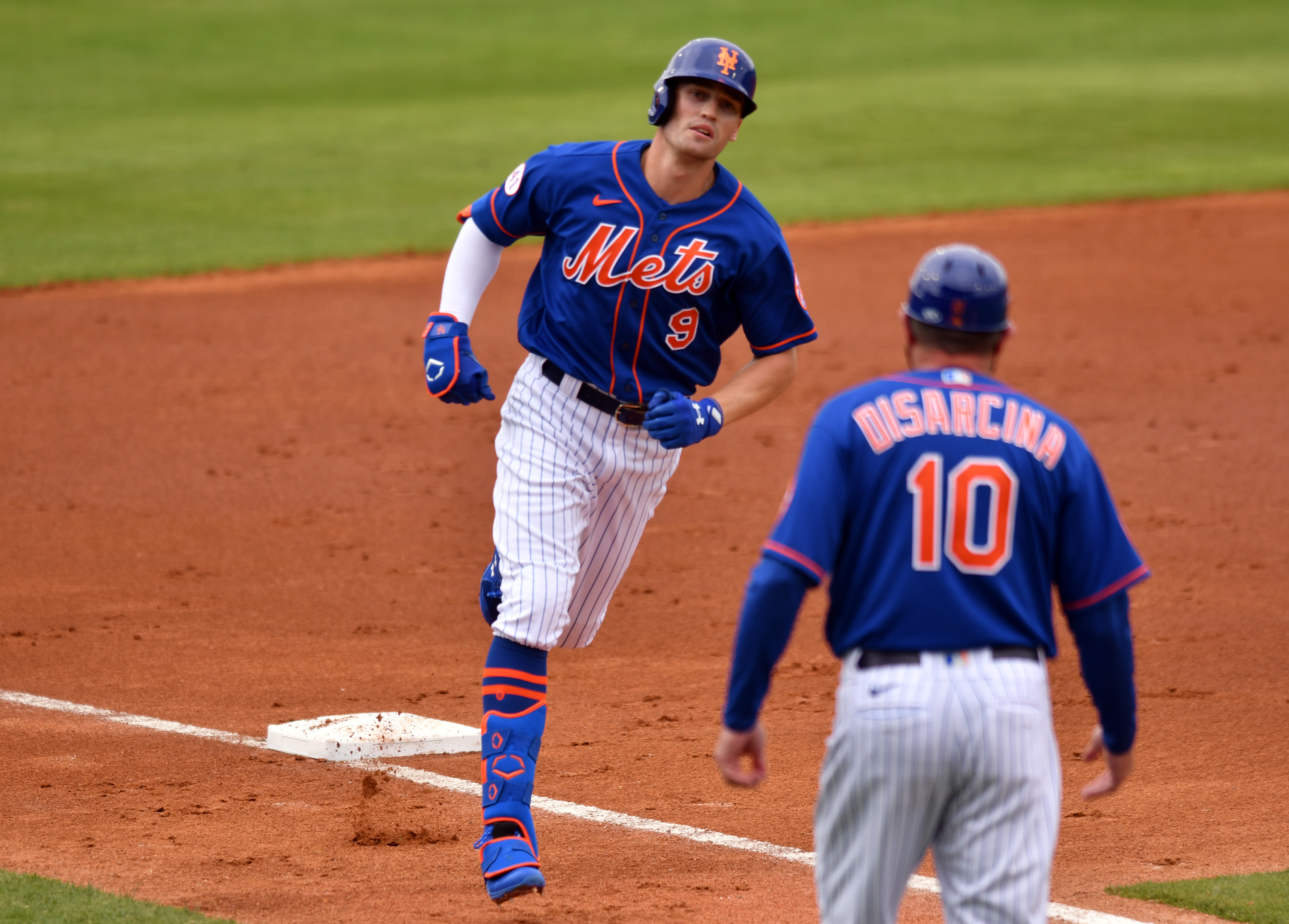 The New York Mets had to decide Mike Montgomery‘s future, and his outing against the Miami Marlins did not help. Montgomery needed 60 pitches to get through 2.2 innings, where he allowed five runs on six hits. The fish wasted no time in the first inning when they opened up an early 4-0 and sent nine batters to the plate.

Mike Montgomery, who entered his final spring outing on the Mets' roster bubble, allowed five runs over 2.2 IP today, with six hits and a walk. He was previously unscored upon in three games.

The Mets must make a decision today on Montgomery, who has an opt-out in his contract.

Montgomery had the upper hand over Jerry Blevins to become the second lefty in the bullpen. With Blevins’s scoreless outing on Saturday, he might have a new life to make the roster. The defense behind him did not provide much help, but the Mets have to decide their plan going forward, and Montgomery can opt-out if he disagrees with it.

The relievers that followed Montgomery did not provide and resistance for the Marlins hitters. Jeurys Familia and Miguel Castro both allowed runs in their one inning outings. Edwin Diaz struggled the most with four hits and three runs allowed but did strikeout three. Surprisingly, Dellin Betances was the one reliever who recorded a 1-2-3 inning.

The Mets’ offense was quiet against Marlins starter Daniel Castano. Brandon Nimmo provided the only run off Castano with his third-inning home run. It was only Nimmo’s second hit against a lefty this spring, and consistent hitting against southpaws can move him from a platoon option to an everyday player. Michael Conforto also hit Castano well with two hits, including a double. Wilfredo Tovar provided the second run with his home run in the ninth inning.

In 2008, Tovar first signed with the Mets as a young 16-year old out of Venezuela. He never stood out offensively during his minor league career and only played in nine big-league games with the Mets. Tovar went 3-for-18 (.167) from 2013-14 with the Mets and was granted free agency after the 2015 season.

He spent 2016-19 in the minor league systems for the Minnesota Twins, St. Louis Cardinals, and Los Angeles Angels. During 2019, the Angels brought Tovar to the big leagues but only hit .193 during that period. Tovar is likely a defensive replacement for the Mets should any of their good defense infielders get injured.

Windle started his career in 2013 after being drafted by the Los Angeles Dodgers. They shipped Windle to the Phillies, along with Zach Eflin, in exchange for Jimmy Rollins. From 2015-19, he pitched in relief throughout the Phillies farm system but never made it past AAA. After his release in 2019, he signed with the Boston Red Sox and became a minor league free agent this offseason.

Windle has a similar pitching motion to Kenny Rogers and throws from a three-quarter arm slot. He throws a fastball that sits in the low 90s with cut at times. Windle also features a mid-80s slider but is only useful against lefties. His inconsistent control and lack of dominant pitches have left him stuck in the minors. It will take a dramatic change in pitching style for Windle to crack the big league roster in 2021.