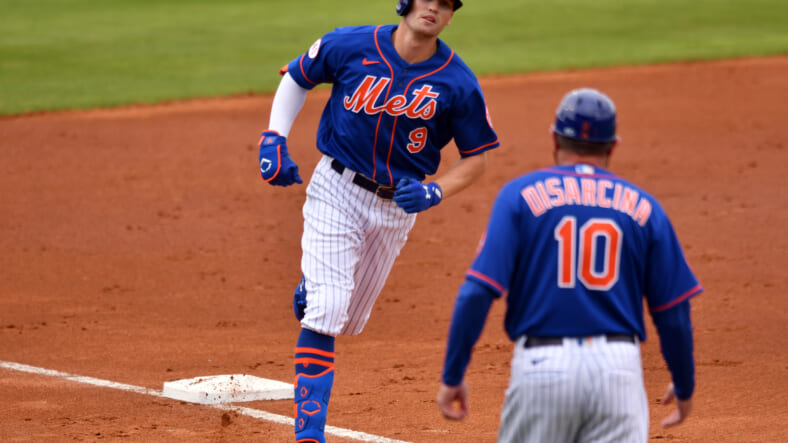 The New York Mets had to decide Mike Montgomery‘s future, and his outing against the Miami Marlins did not help. Montgomery needed 60 pitches to get through 2.2 innings, where he allowed five runs on six hits. The fish wasted no time in the first inning when they opened up an early 4-0 and sent nine batters to the plate.

Mike Montgomery, who entered his final spring outing on the Mets' roster bubble, allowed five runs over 2.2 IP today, with six hits and a walk. He was previously unscored upon in three games.

The Mets must make a decision today on Montgomery, who has an opt-out in his contract.

Montgomery had the upper hand over Jerry Blevins to become the second lefty in the bullpen. With Blevins’s scoreless outing on Saturday, he might have a new life to make the roster. The defense behind him did not provide much help, but the Mets have to decide their plan going forward, and Montgomery can opt-out if he disagrees with it.

The relievers that followed Montgomery did not provide and resistance for the Marlins hitters. Jeurys Familia and Miguel Castro both allowed runs in their one inning outings. Edwin Diaz struggled the most with four hits and three runs allowed but did strikeout three. Surprisingly, Dellin Betances was the one reliever who recorded a 1-2-3 inning.

The Mets’ offense was quiet against Marlins starter Daniel Castano. Brandon Nimmo provided the only run off Castano with his third-inning home run. It was only Nimmo’s second hit against a lefty this spring, and consistent hitting against southpaws can move him from a platoon option to an everyday player. Michael Conforto also hit Castano well with two hits, including a double. Wilfredo Tovar provided the second run with his home run in the ninth inning.